Langer excited with multiple options ahead of semi-final blockbuster 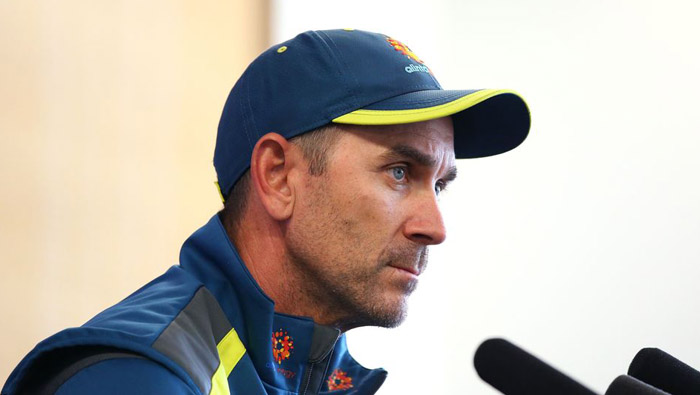 Manchester: Despite injury concerns, Australia head coach Justin Langer believes that the team has "about five different ways" to sort their batting order, as they face arch-rivals England in the second semi-final of the ICC Men's Cricket World Cup 2019 at Edgbaston on Thursday.

Australia's World Cup campaign, a successful one so far, has been repeatedly punctuated by injuries to their key players. While Shaun Marsh, the middle-order batsman had already been ruled out of the tournament with a fractured arm, Marcus Stoinis and Usman Khawaja have been the recent news-makers with side and hamstring strains, respectively.

Langer confirmed that Matthew Wade would join Australia’s World Cup squad in place of Khawaja – pending the official confirmation – while Mitchell Marsh remains on standby for Stoinis. Peter Handscomb, the Victorian batsman, had earlier joined the squad replacing the injured Shaun Marsh and each of the three new-comers lie in contention ahead of Australia's semi-final clash against England on Thursday.

"Matthew Wade has played a lot of international cricket if he comes in," Langer said. "There's a real upside to him and he is in no doubt career-best form. Pete Handscomb a few months ago helped us beat India 3-2 in India in their conditions and then 5-0 against Pakistan in the UAE. His temperament is excellent for it. Mitch Marsh has also played a lot of one day international cricket. We're really lucky."

Khawaja and Steve Smith have been switching their roles at the no. 3 position, as Australia have looked to maintain a right-left combination through their innings. Wicket-keeper batsman Alex Carey has been one of the stand-out performers, having scored 329 runs from eight innings so far, including a match-winning 71 against New Zealand at Lord's. Therefore, it won't be a surprise if he gets a promotion in the batting order.

"We'll weigh it all up," Langer added on the possible combinations. "Potentially with Mitch Marsh coming in giving us some medium pace. He's been bowling as well, played four Australia A games in pretty good form with bat and ball. There are probably about five different ways we can get out batting order."