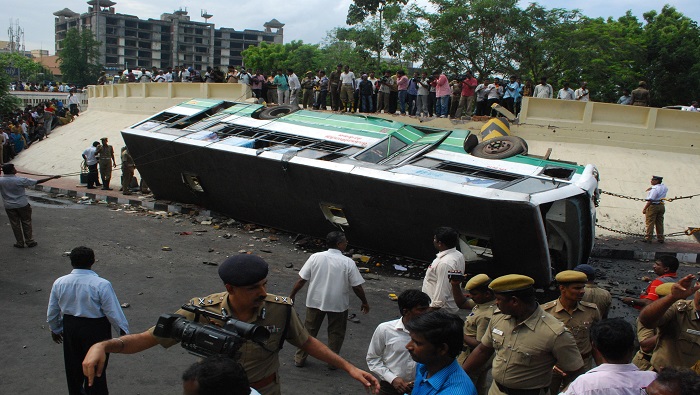 Lucknow: At least 29 people have been killed after a bus veered off an expressway in the Indian state of Uttar Pradesh.

The crash occurred near the city of Agra, early Monday morning.

The bus was carrying about 50 passengers and travelling from Lucknow to the Indian capital, Delhi.

Locals rushed to the spot to help and were able to rescue 20 injured passengers.

Indian officials have said that the driver fell asleep and lost control of the double-decker bus before it went off a highway and plunged into a drain below.