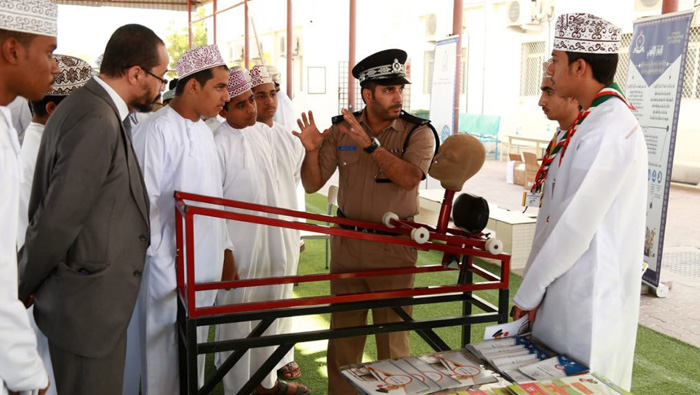 Muscat: Visitors to Salalah during this Khareef season will benefit from temporary watchpoints along roads leading to Salalah, which will provide services and support to travellers and ensure their safety.
Brigadier General Said Al Asmi, Director General of Operations at the Royal Oman Police (ROP), announced the stations and watchpoints which will be spread across Oman to protect people: “There are service stations in desert areas along the way that will be working round-the-clock. These centres will monitor roads and ensure safety on them 24/7.”
“ROP’s different branches will begin to deploy on July 10,” he added. “There are forces in all of these branches who will specialise in security, traffic, and the Public Authority for Civil Defence and Ambulance (PACDA), as well as units prepared to provide services to the public.”
According to Al Asmi, the ROP is geared up for the season.
“The Royal Oman Police is ready and has a comprehensive plan to make Khareef Salalah 2019 secure. We have had many meetings with our partners in this field to implement this plan and ensure that all security precautions to keep our visitors safe are carried out”.
These watchpoints will not only be occupied by ROP staff, but also forces from PACDA and rescue operations.
Brigadier Mohsin Al Abri, the leader of ROP in Dhofar, said: “The purpose of these watch points is to provide assistance and aid. Brochures are also being handed out at land entry points and Salalah International Airport with information and warnings to make sure people are aware of the dangers and the rules they should follow to keep themselves safe.”
After thanking Lt. Gen Hassan bin Mohsen Al Shuraiqi, Inspector General of Police and Customs, for his directives and support, Al Abri also spoke about preparations inside of Dhofar itself.
Al Abri said, “ROP headquarters has completed its preparations for this season. There will be forces all over the tourist areas, festival grounds and activities in Dhofar. The goal is to keep everyone safe and secure and to facilitate traffic movement for visitors and residents. We will provide aid when necessary, and raise awareness regarding any dangers that might exist, whether that be at beaches or the different springs. We are also available to provide assistance in the case of accidents that might be expected during this period.”
“We would ask all citizens and residents to cooperate with us to make this season a success, and hopefully accident-free,” he added.