Secure your homes before going on that holiday trip, advises ROP 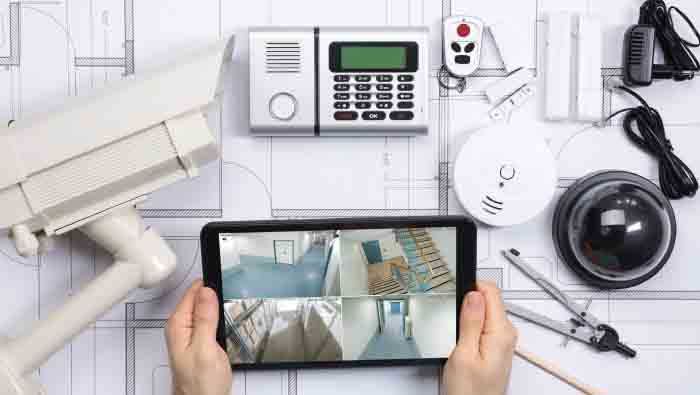 Muscat: People in Oman who are planning to head off on holiday soon must make sure their homes are securely protected against burglars, the Royal Oman Police has said.
With many people planning their vacations during the summer months, houses that are not properly secured are prime targets for thieves. Lieutenant Colonel Fahad Al Hosni, the Assistant Director General of Inquiries at the ROP, said that while there had been a significant decrease in theft over the past few years, house breaking was one of the more common offences.
“Data from 2012-2018 shows that the incidence of theft is falling,” said Lt Col Al Hosni, who spoke on the Royal Oman Police’s public awareness programme, Al Ain Al Sahra, which is Arabic for “Watchful”
He explained that protecting a house was simple, so long as homeowners took sensible precautions. He said: “It’s very easy to protect your home from thieves. Homeowners should consider these suggestions: first of all, you could install cameras in your house. They are a form of safety and protection and, if something is stolen, a camera will make it possible to find the culprits.”
Al Hosni added that neighbours played a crucial part in ensuring your home was not vulnerable to break-ins. People who were leaving their home for periods of time needed to inform their neighbours, so that they could call the police if they noticed any suspicious activity.
Al Hosni continued: “When possible, turn on one or two lamps in the house if you are leaving, even if they are rotating on a timer. When you leave, you should make sure all doors are locked properly.”
The lieutenant colonel also shared examples of theft cases he had come across.
“In one case I remember, some people stole from a house by bringing in a truck,” he recalled. “They took everything from inside the house: furniture, electronics, everything. The neighbour saw these thieves coming in and out but believed that the homeowner was moving away. Because of this, neighbours should be kept in the loop if you are going on holiday” he added.
Al Hosni also said, “Some private companies send salesmen around houses to leave advertisement pamphlets on the front step. If these pamphlets are not removed, they become a sign that the home is not occupied, reassuring culprits that it is safe to break in.”
An Omani homeowner told Times of Oman that when he left the country for an extended length of time, he told his neighbours how long he would be gone for. He also asked family members to go into the house once a month to make sure that nothing had been stolen, and to turn the lights on for an evening.
Security risk
Al Hosni believes that giving strangers free reign to walk around your house can be a security risk.
“You should not allow strangers into the house at all, and by strangers I mean beggars,” he said. “This is particularly important. In many cases, this type of person is allowed to enter the house because the homeowner is sympathetic to their begging.”
“In other cases, workers are not monitored when we ask them to come into the house for maintenance work or any other reason. Some leave them to go about the house in complete freedom,” Al Hosni added.
Al Hosni highlighted that people should only trust approved maintenance or cleaning companies to provide services in their houses. People who do these jobs on a freelance basis do not have a sponsor so, not only is hiring them illegal, it also increases the danger of theft.
The lieutenant colonel added: “Finally, do not place your valuables in an open area of the house, when they aren’t in use. Instead, they should be placed in a locked and hidden area.”