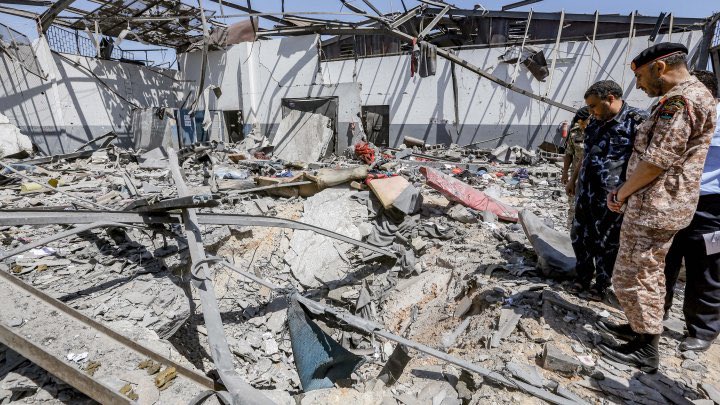 Muscat: The attack on a detention centre on the outskirts of Tripoli, that claimed the lives of 44 migrants, has been severely condemned by the United Nations, which termed it an 'appalling breach of international law' and called for immediate action by Libyan actors to safeguard the lives of all migrants on their territory.

The attack, said to be an air-strike by the UN-backed state government, took place at a compound in Tajoura on the outskirts of the Libyan capital and also resulted in around 130 people being injured.

Most of the dead are believed to be Africans, attempting to reach Europe on clandestine sea crossings from Libya. "The attack also places the spotlight on the often unconscionable conditions in which many migrants are detained, not just in Libya but around the world, and the grave risks they face in detention," a statement by the United Nations Network on Migration said.

Another statement, released by the the United Nations Support Mission in Libya (UNSMIL), mentioned that the attack was the second on the particular facility, which houses around 600 migrants.

The Special Representative of the Secretary-General, Head of UNSMIL, Ghassan Salamé, said that the condemned the cowardly act in the strongest terms. "This attack clearly could constitute a war crime, as it killed by surprise innocent people whose dire conditions forced them to be in that shelter" Salamé said.

“The absurdity of this ongoing war today has led this odious bloody carnage to its most hideous and most tragic consequences," the SRSG said, calling upon the international community to denounce this crime and apply appropriate penalties on those who ordered, carried out and provided arms for this operation in a flagrant violation to the international humanitarian law and the simplest humanitarian norms and values.”

The statement added, "UNSMIL and affiliate UN agencies also call for immediate cessation of all horrendous violations and repeated attacks on civilians and civilian infrastructure, particularly health and medical facilities, and reminds all parties of their obligations under the international laws in force."