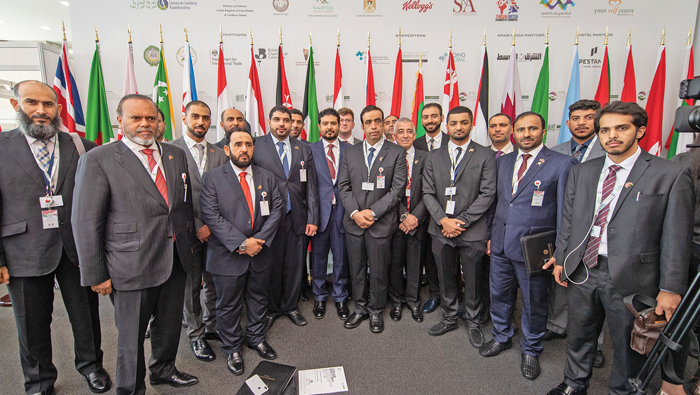 London: Oman’s Chamber of Commerce and Industry (OCCI) represented the Sultanate at a summit that looks to build closer economic cooperation with the United Kingdom (UK).
The Sultanate is currently participating in the Arab-British Economic Summit 2019, which aims to strengthen the vital strategic connections between the UK and the Arab countries as well as increasing export and import between these countries.
The summit brings together more than 400 delegates from governments and businesses, public and private sectors, and provides a unique platform for senior executives from the UK and the Arab world to enter into discussions on the new trade and investment opportunities that are opening up.
Oman’s delegation was led by the Chairman of the Board of Directors of OCCI, Qais bin Mohammed Al Yousef. Speaking to Times of Oman, he said: “It is of great fortune that this visit came after the issuance of the four Royal Decrees issuing the four new laws aimed at boosting foreign investments. The UK was chosen as it is the largest investor in the Sultanate.
“It comes in line with the Comprehensive Agreement on Enduring Friendship and Bilateral Cooperation between the Government of the United Kingdom and the Government of the Sultanate of Oman that was recently signed to deepen the long-standing ties between the two countries,” he added.
“The role of OCCI is to enhance business to business meetings between investors from Oman and the UK. OCCI along with the London Chamber of Commerce and Industry during this visit will sign an agreement, which aims for bigger collaboration between both nations’ private sectors.”
Commenting on the relationship between the UK and the Arab world, George Hollingbery, the UK Minister of State for Trade Policy said: “The relationship with Arabs has really mattered as we are looking forward to increase export, import and trade between the UK and Arab countries.”
In addition, Ahmed Aboul Gheit, the Secretary General of the League of Arab States said: “The importance of the summit is to find solutions to revive the economies in these countries, to empower youth and provide sustainable development. This joint work is the essence of making this summit succeeding. Our mutual future is full of opportunities in all sectors including trade, finance, energy and infrastructure in the Arab world.”
To highlight and strengthen the excellent bilateral ties between the UK and Oman, the two countries signed the Comprehensive Joint Declaration on Enduring Friendship on March 1, 2019. It was signed on Oman’s behalf by the Minister Responsible for Foreign Affairs HE Yousuf bin Alawi bin Abdullah, and by British Foreign Secretary Jeremy Hunt.