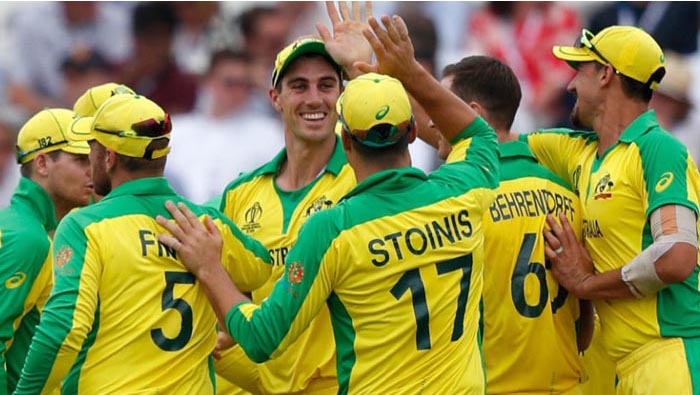 Manchester: Australia fast bowler Pat Cummins believes that success in the T20 and ODI series in India earlier this year ignited a sense of self-belief in the team, heading into the ICC Men's Cricket World Cup 2019.
Australia had endured struggling times in ODI cricket for a major part of the last two years, having lost 17 of their 21 matches between September 2017 and February 2019. The defending World Cup champions slipped to the sixth position in the MRF Tyres ICC ODI Team Rankings in the process.
However, back-to-back series wins against India and Pakistan scripted a dramatic turnaround, and the Aaron Finch-led side currently leads the points table in the World Cup, with seven wins from eight games.
Reflecting on the successful tour to India, Cummins called it the beginning of his team's revival. "I think that Indian series win, probably the T20 series win, to be honest," Cummins said. "At Bangalore, Maxi (Glenn Maxwell) hit a hundred and we won seemingly out of nowhere. It gave us real confidence, the best side in the world, in their own conditions."
Maxwell's hundred in the second T20I in Bangalore powered Australia to a 2-0 win after Cummins had hit the winning runs in a thrilling last-ball finish in Vishakhapatnam in the first game. The team then fought back from defeats in the first two ODIs, winning the next three to seal the five-match series.
Cummins, the leading wicket-taker in that ODI series, with 14 scalps, said that the team has carried the rich vein of form ever since. "It really felt like a special group, a couple of really special wins where we felt like we could win from anywhere. It's pretty infectious when you have that feeling around the group. Luckily, we have held on to it."
The Sydney-born cricketer reflected on his team's glorious campaign at the ongoing World Cup. "Everything has clicked, the batting, the bowling, our game plan. We have come so far and we are playing the way we have talked about for a while that we wanted to play."
Cummins had shared the new-ball duties with Mitchell Starc in the first six matches before Jason Behrendorff's inclusion in the team switched his role to a first-change bowler.
The 26-year-old said that each individual in the team has been embracing their designated roles. "Everyone being comfortable in their roles and being comfortable around each other," he said. "It takes time, but everyone is in a really good place."