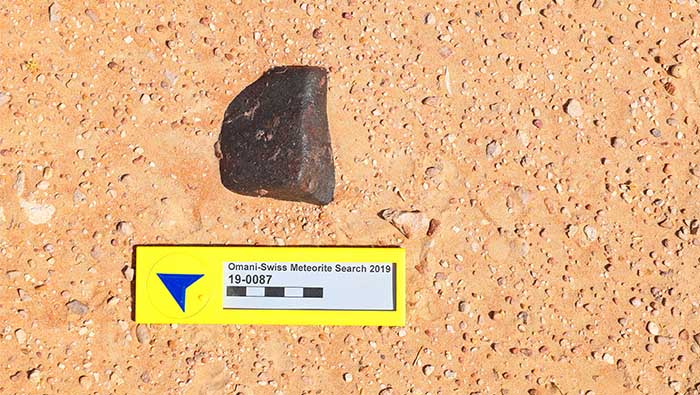 Muscat: More meteorites have been discovered in deserts across the country. Last year, 352 pieces of meteorites were found, weighing some 53kg, according to the Public Authority for Mining (PAM).
In a statement, PAM said, “The authority team in collaboration with the Natural History Museum in Berne, Switzerland, has started the research and collection of Omani meteorites since the middle of last month, which will continue until mid-February.” PAM will reveal the total number of meteorite pieces discovered after the completion of the mission.
It added, “This research is part of the Memorandum of Understanding signed with the Swiss Museum in Berne to collect, study, classify and conserve Omani meteorites from hazards since 2001.”
The preservation of geological heritage, including meteorites, is an important aspect, given its scientific and economic importance, it further said. The influx of meteorites weighing more than 10 grams is estimated at 36 to 116 meteorites per million square kilometres per year, which means that there are 11 to 36 meteorites per year on the Sultanate’s land.
This wealth has to be preserved and exploited scientifically by conducting research and studies on it and making it available to researchers and scholars, it concluded.