Message of Islam expo a big hit in Washington 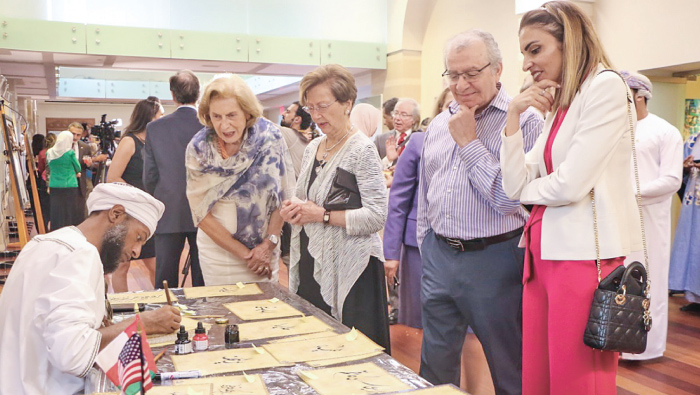 Washington: The Sultan Qaboos Cultural Centre, in cooperation with the Omani Embassy in Washington, hosted Oman’s Message of Islam exhibition, which landed in the US capital, Washington DC, in the presence of prominent political figures, Arab and foreign ambassadors, heads of religious centers, Arab communities, interested people, academics and invited members of the US society.
The ceremony began with a welcome introduction by Kathleen Ridolfo, Executive Director of the Sultan Qaboos Cultural Center in Washington DC, considering the event as an exceptional event to learn about the values of tolerance in the Omani society.
Hanina bint Sultan Al Mughairy, Sultanate’s Ambassador to the United States of America (USA), delivered a speech stressing the importance of the exhibition in highlighting the Sultanate’s efforts in promoting values of tolerance and the dissemination of dialogue messages among religions.
She pointed out that the exhibition, which has visited 37 countries so far, is appreciated and praised. The exhibition will contribute to highlight the common human values to the US society and promote values of peaceful coexistence and mutual respect.
“Act for Tolerance” campaign has received a remarkable public interaction; a campaign that seeks to raise awareness on the importance of individual and institutional initiatives to promote a culture of tolerance and coexistence among all.