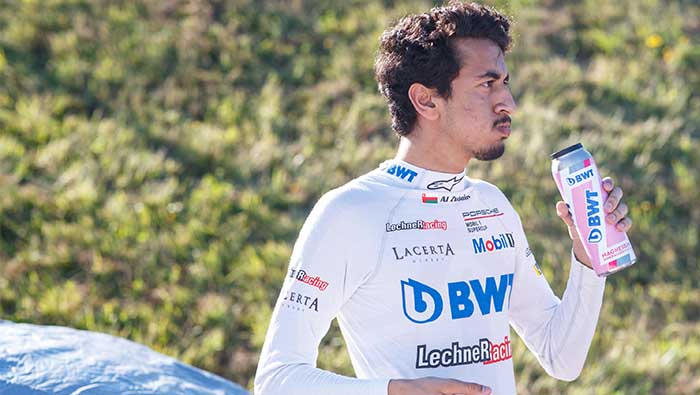 Spielberg: Oman’s Al-Faisal Al-Zubair overcame punishing on-track heat in blistering temperatures to qualify in 11th position for the third round of the Porsche Mobil 1 Super Cup at the Red Bull Circuit at Spielberg in Austria on Saturday.
The BWT Lechner Racing Team driver posted 15 laps of the 4.326km circuit in the 30-minute session and the best lap of 1min 31.056sec enabled him to sandwich his GT3 between the two Porsches of Mikkel Pedersen and Marvin Klein, despite in-car temperatures reaching in excess of 50 degrees Centigrade.
Frenchman Julien Andlauer claimed pole position with a potent lap of 1min 30.457sec. Larry Ten Voorde and Dylan Pereira rounded off the top three positions after Andlauer had set the early target lap of 1min 31.495sec and Michael Ammermüller had gone even faster with a 1min 30.700sec tour on his second lap.
Al-Zubair said: “Considering all the circumstances of no testing with my exams, we can be happy with P11. We were four-tenths from P2 and that is not too bad. I am confident that we can go into the top 10 in the race. It is not easy here. We are used to safety cars and accidents. Hopefully, we can keep our nose clean and continue.”
Al-Zubair had been down in 27th place after the opening lap with a run of 1min 39.227sec before leaping up to 17th with a run of 1min 31.821sec. He returned to the pits in 19th place after eight laps and headed back into action with 10 minutes of the session remaining.
The Omani slipped to 20th shortly after the restart, but a stunning 11th lap of 1min 31.366sec catapulted Al-Zubair into 10th position before he began to slip back again to 13th.
An even faster lap of 1min 31.294sec lifted Al-Zubair back into the top 12 and then the 13th run of 1min 31.056sec with two minutes of the session to run moved him up even higher to 11th – a position he held to the finish.
Al-Zubair had not been able to match his usual pace in the opening practice session on Friday evening and the Omani had to settle for 14th of the 30 runners with a best lap of 1min 31.719sec.
The tight session fell to Julien Andlauer with a best run of 1min 30.945sec, Al-Zubair’s BWT Lechner Racing team-mate pushing Ammermüller down to the second place and Tio Ellinas into third.
Round three of the Porsche Mobil 1 Super Cup starts at 12.15hrs (CET) today (Sunday).