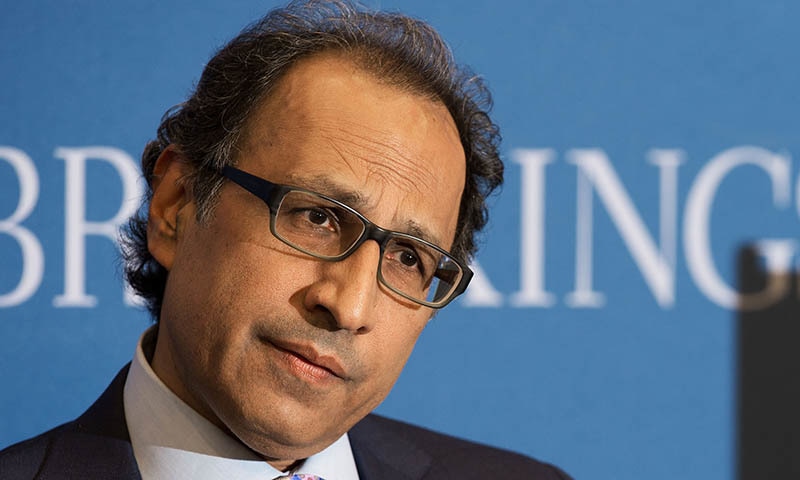 Lahore: Pakistan’s next budget will implement strict austerity measures to bring the economy back on track, Pakistan PM's Advisor on Finance, Dr. Abdul Hafeez Shaikh, said while addressing a press conference on Sunday.

Shaikh addressed a news conference, flanked with the Prime Minister's Special Assistant on Information, Dr. Firdous Ashiq Awan, the Minister of State for Revenue Hammad Azhar, and the Chairman of the FBR, Shabbar Zaidi.

Pak PM's Advisor said that there was a great stress on Pakistani rupee due to growing gap between exports and imports - Pakistan's total debt was reached to about 31,000 billion rupees, whereas the foreign loans had touched $100 billion.

He said several measures have been proposed in the new budget to control this external threat. He said tariffs were imposed to decrease imports, which will continue in the next budget as well.

Dr. Shaikh also said that $9.2 billion have been mobilised bilaterally from friendly countries, in addition to a three billion dollars' oil facility from Saudi Arabia on deferred payments.

He said $1.5 billion have been promised from Islamic Bank and an agreement of three billion dollars has been signed with Qatar, while about six billion dollars will come from IMF.

The government has to repay debt taken by the previous regimes up to 2.9 trillion rupees, while over 50 per cent of federal taxes will have to be given to provinces as a constitutional obligation.

This announcement comes days after the World Bank’s board of directors approved a loan of $722 million for improving civic and public transport facilities in Karachi.

"The projects in Karachi will focus on urban management, public transport, safe water and sanitation to enhance its liveability and competitiveness," the World Bank said in a statement.

Dr. Shaikh also announced that the date for Asset Declaration Scheme had been extended till Wednesday, 3 July.

He said the extension has been made in view of heavy rush as a large number of people are trying to take benefit of the scheme at the last minute expiring on Sunday, 30 June.