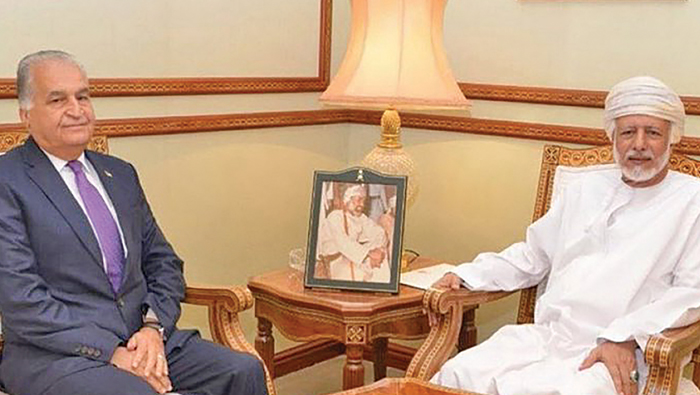 Muscat: Oman’s decision to open an embassy in Ramallah reaffirms the country’s deep relations with Palestine, according to the Palestinian Ambassador.

Dr. Tayseer Ali Farhat, Ambassador of the State of Palestine, in an interview with Times of Oman’s sister publication Al Shabiba, said: “The historical visit of Yousuf bin Alawi bin Abdullah, Minister Responsible for Foreign Affairs to Palestine last year had been met with appreciation and love among Palestinians, who are always happy to see visits from our Arab brothers, so how do you imagine we feel about there being a new Arab embassy?
Arab relationship

“This is doubtless a move that confirms the depth of the Arab relationship with Palestine and its commitment to our cause.”
The Ministry of Foreign Affairs (MoFA) had said in an online statement: “In continuation of the Sultanate’s supportive approach to the brotherly Palestinian people, the Sultanate has decided to open a new diplomatic mission to the State of Palestine at the embassy level.”

According to the ambassador, there are currently four Arab embassies in Palestine.
Dr. Farhat added: “The four Arab embassies are from the Arab Republic of Egypt, the Republic of Tunisia, the Hashemite Kingdom of Jordan, and the Kingdom of Morocco. Oman will now join to become the fifth embassy and we hope to see more. We want to see embassies for all the Arab countries in Palestine to personify the existence of the state, which 138 countries around the world recognize.

“We hope that our Arab brothers continue to stand by our side,” he added. Ramallah is a city located in the West Bank, north of Jerusalem.