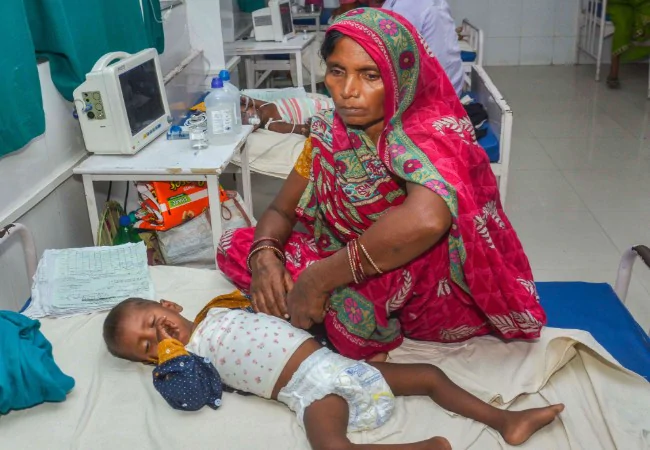 Patna: Over 150 children have died in the Indian state of Bihar of Acute Encephalitis Syndrome (AES), according to latest reports from hospitals where the children were admitted for treatment.

At present, over 420 people are admitted with complaints of AES, according to official sources.

Acute Encephalitis Syndrome is an inflammation of the brain, affecting mostly undernourished children under 10.

Muzzafarpur in Bihar is said to be the epicentre of this outbreak. Most of the children in the affected areas had not been vaccinated for Japanese Encephalitis.

A team of doctors studying the outbreak have ruled out the consumption of the Lychee fruit — as previously assumed — as the cause of the widespread attack of the disease.

Regarding the rising death toll in Bihar due to AES, Indian Prime Minister Narendra Modi said in India’s Upper House, Rajya Sabha, that it is a matter of shame for the government and the deaths are unfortunate.

"The deaths in Bihar due to acute encephalitis syndrome are unfortunate and a matter of shame for us. We have to take this seriously."

Narendra Modi said he was in constant touch with the Bihar government and assured people that "we will collectively come out of this crisis soon".

Stressing the need for better health facilities, Modi said, "The need of the hour is to strengthen Ayushman Bharat. We want our poor to get the best quality and affordable medical treatment.”

On Monday, the Indian Supreme Court said the deaths of more than 100 children in Muzaffarpur due to an outbreak of acute encephalitis syndrome (AES) is a matter of “grave concern” and directed the Centre and the Bihar government to file their response on medical care facilities there within a week.

The precise causes of Acute Encephalitis Syndrome are not known, though a majority of medical professionals say it is linked to a ferocious heat-wave.