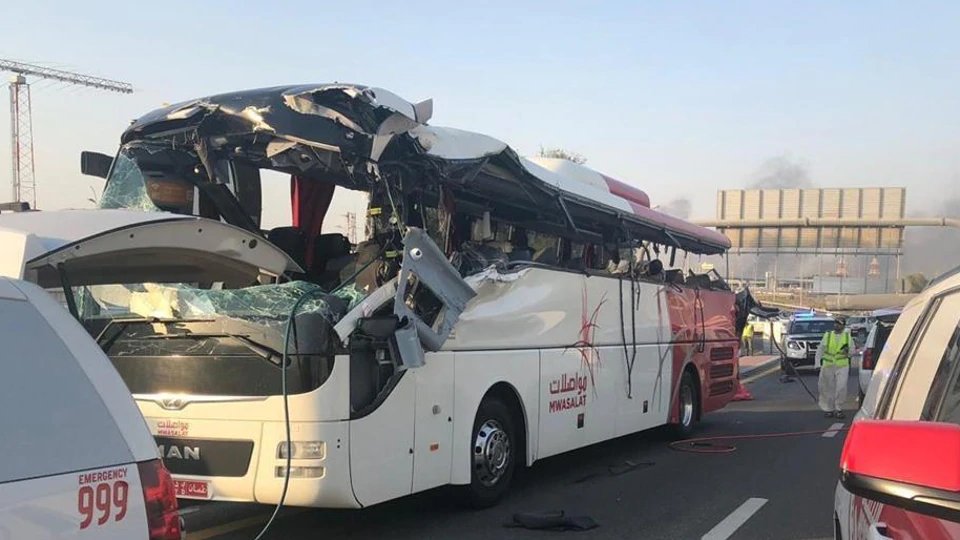 Muscat: Oman’s Embassy in Abu Dhabi has confirmed that it has appointed a lawyer to defend the Omani driver in the Mwasalat Dubai death crash.
In an online statement, the Embassy said: “Referring to what has been circulated in social media, regarding the bus driver’s brothers appeal for help, the embassy has appointed a lawyer to defend the driver. The lawyer also met with the defendant today.
“The Embassy also values the cooperation and keenness of the Oman National Transport Company to continuously follow up on the accident, as it has also appointed another lawyer for the bus driver,” the statement added.
The Oman Embassy in Abu Dhabi stressed the fact that it attaches great importance to the issue and will be kept informed of the proceedings.
Earlier, Dubai’s Public Prosecutor has called for the bus driver responsible for a crash that claimed 17 lives to be jailed for seven years.
Public Prosecution-Dubai has sent the case to court demanding the Omani driver also pays Dh3,400,000 in compensation to the families of the deceased.