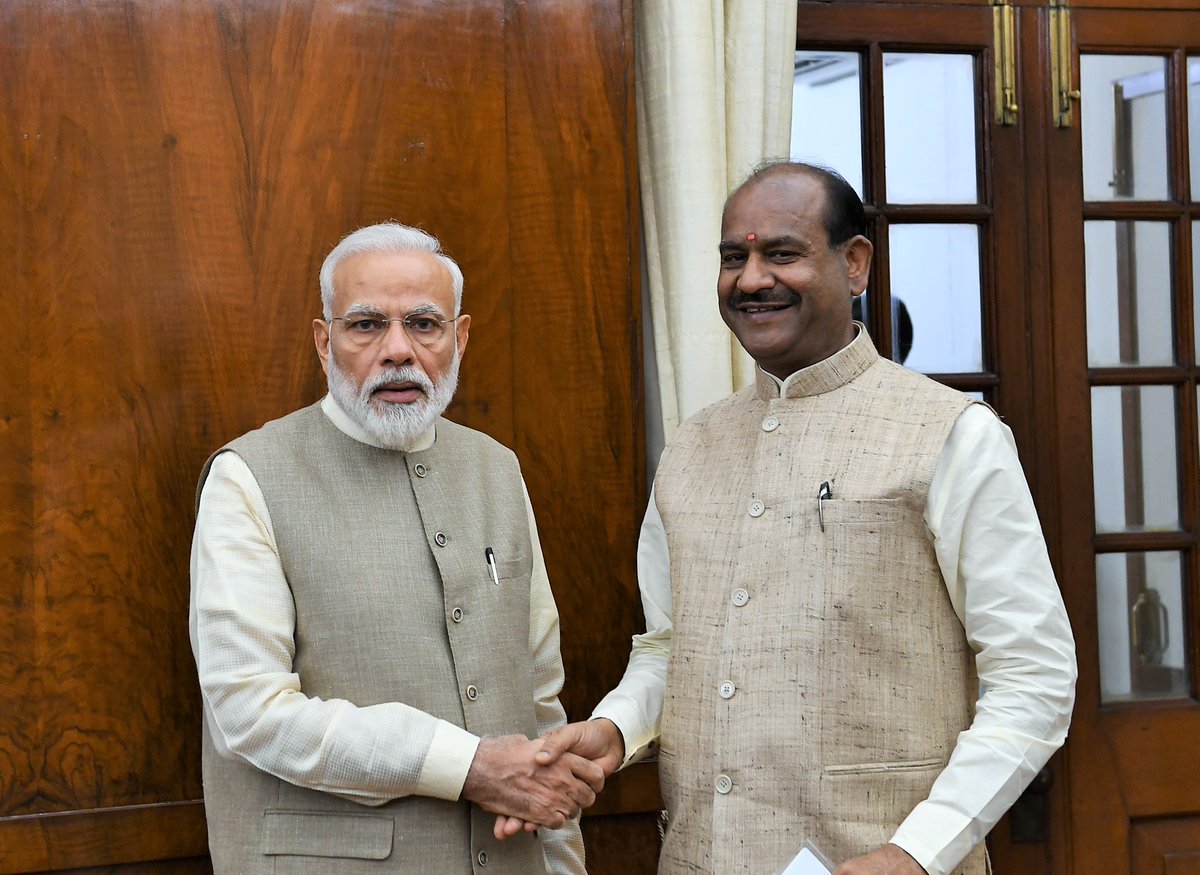 The representative of the Kota-Bundi constituency in the state of Rajasthan was congratulated by Prime Minister Narendra Modi.

Modi said, "It is a matter of great pride for the House and we all congratulate Birla on being unanimously elected as the Speaker of the Lok Sabha.

"Shri Om Birla Ji has been in public life for years. He began as a student leader and has been serving society since then, without a break," Modi stated in the Lok Sabha.