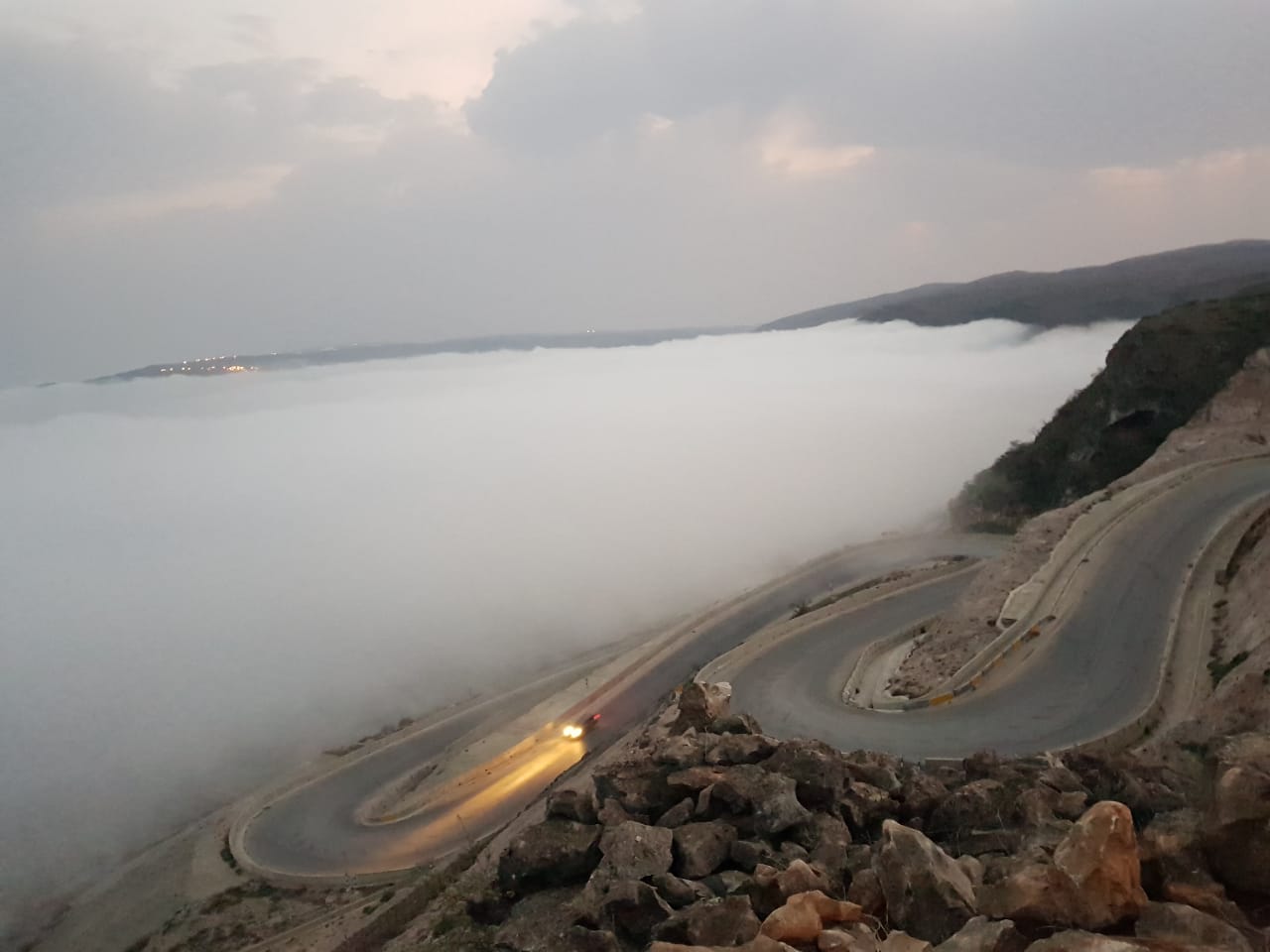 Muscat: The mountains of Dhofar governorate have witnessed drizzle and fog rising to its peaks, signalling the onset of Khareef season.

Khareef begins around June 21 annually and early signs of its onset are witnessed in mountainous areas due to their altitude. Many of these areas, near the sea, also see heavy fog cover.

The Wilayats of Rakhyout, Dhalkout, Shaat and Shahab Asaeib, in the west part of Dhofar governorate are popular with tourists during Khareef season thanks to their beautiful vistas and cool temperatures.

Dhalkout is one of the most attractive destinations in the governorate. With rainwater being available during Khareef, the trees remain green for more than six months. It’s generally believed that the fall season in Dhofar begins and ends in the wilayat of Dhalkout.

Around 170 km from Salalah city, on your way to Wilayat of Dhalkout you will see many trees on the left side of the road. Beautiful views of the shore stretching out from the Wilayat of Rakhyout to the farthest border regions are another attraction of Dhalkout. It is a thrilling drive where you can see the mountains in all their glory, existing next to the wild beauty of the sea.

Currently the temperature in the coastal area of Dhofar Governorate is less than 30 degrees celsius. According to the Public Authority of Civil Aviation, on June 19, the temperature in Salalah city and Mirbat was 29 degree, 26 in Dhalkut and 24 in Qairoon Hairiti.