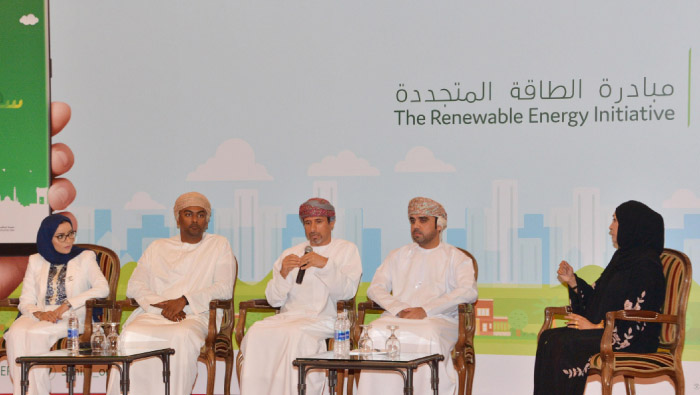 Muscat: Oman’s plan to use more renewable energy by 2030 has taken a step forward with the launch of solar panels in residential buildings as the second phase of the National Solar Energy Initiative “Sahim”.
The Electricity Regulatory Authority (TRA) initiative aims to provide innovative solutions in the field of renewable energy at the lowest cost through the installation of 3-5 kw power systems in residential buildings across the Sultanate.
This will result in both saving electricity and bringing down the costs to the consumer through the use of energy produced by the photo-voltaic solar panel system. The inauguration ceremony was hosted by Eng. Salem bin Nasser Al Awfi, Undersecretary of the Ministry of Oil and Gas on Tuesday.
Al Awfi said that the cost of solar panels will be covered by an external investor in the property and that the demand for this project will be high.
“Not all the rooftops will be suitable for this project, but Muscat will be the start with three thousand subscribers. The starting cost to the owner of the property is purely symbolic; it will not exceed 10 per cent of the total value and will be refunded through the monthly invoice he receives.”
Al Awfi said the Sultanate would use renewable energy sources – solar and wind energy- for about 30 per cent of electricity production by 2030 and that other sources were being researched for economic feasibility.
Executive Director of the Authority, Qais bin Saud Al Zikwani, explained at the press conference that “Sahim” will give the owners of residential buildings in the Sultanate the opportunity to reduce electricity bills with financial contributions of between OMR100-OMR300 per applicant, a saving on the actual cost of installation of about OMR2,300. As well as saving the owner money, the national economy will benefit as reliance on traditional energy sources is reduced.