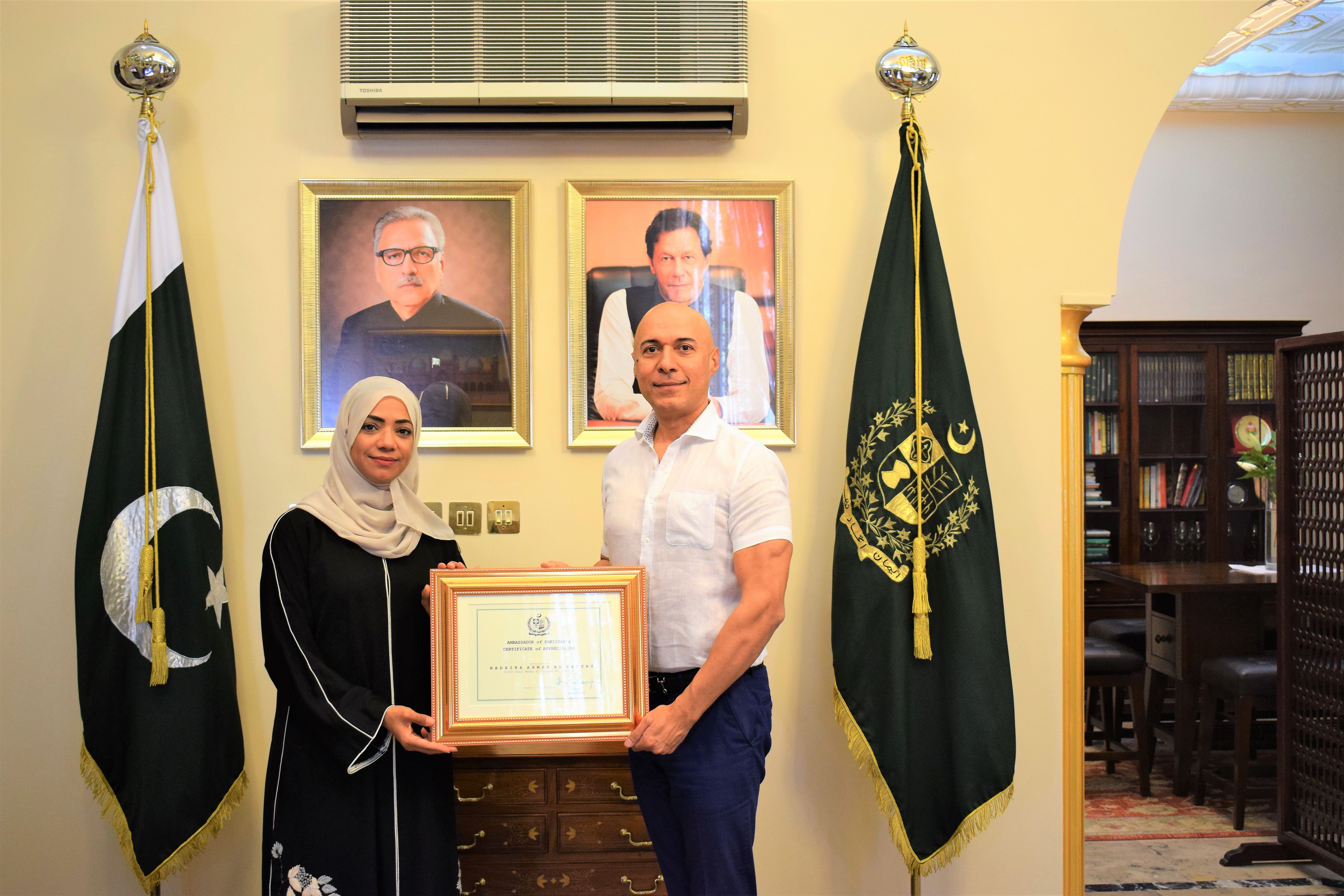 The Ambassador appreciated Nadhira’s achievement while briefing the public on the stream of initiatives empowering the Pakistani youth and furthering 5000 years of proven friendship with Oman.

Recalling Samina Baig from Hunza-Pakistan, a trailblazer role model, the first Muslim female and youngest Pakistani to conquer Everest at 21 in May 2013 going on to accomplishing ‘7 Summits - 7 Continents’ feat by 2014, the Ambassador emphasised the role of athletes, especially women, in leading the aspirations of both nations.

Appreciating #PakistanAwaits 1.0 & 2.0 initiatives bringing young Omani bloggers to visit North and South of Pakistan, Nadhira expressed her desire to becoming a part of the project. Ambassador presented her the ‘Certificate of Appreciation’ for her achievement and designated her as only Omani on ‘Citizens’s Advisory Council’ (CAC), launched by Ambassador in March 2019 on ‘Pakistan Day’ with 8 diverse and eminent members.