Over 100 children die of Encephalitis in India 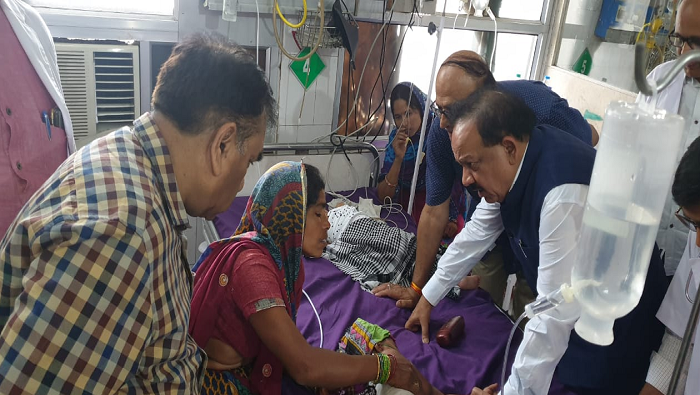 New Delhi: Over 100 children have died of Acute Encephalitis Syndrome (AES) or Japanese Encephalitis (JE) in the Indian state of Bihar, prompting the Indian Government to dispatch a second multi-disciplinary team to Muzzafarpur in Bihar on Monday.

The deaths occurred after the children reportedly consumed lychee, a popular fruit in India. This led to symptoms of AES/JE developing in the children. Lychee is known to bring down blood sugar levels, leading to hypoglycemia.

In a statement on the tragedy, Dr. Harsh Vardhan, Indian Union Health Minister, said, "To establish the cause of the disease, there is urgent need for an inter disciplinary, high quality research team. The research team shall work with the children suffering from AES/JE looking at various aspects including periodicity, cycle of disease, environmental factors and metrological data, besides other factors."

The first few cases of AES and JE were reported from Muzzafarpur and Gaya, in Bihar, as early as 12 June, prompting the state Health Minister to call on Dr. Harsh Vardhan. However, the death toll has been steadily mounting since then and crossed 100 on Monday.