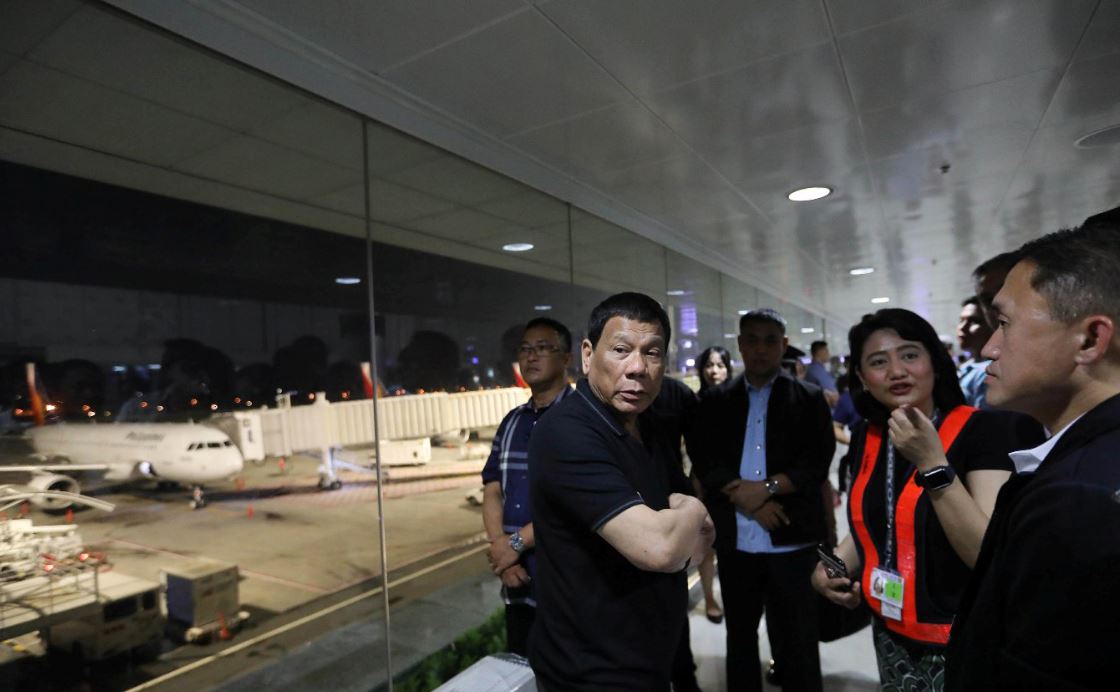 “The President directed the operations in Sangley Point to start immediately,” Presidential Spokesperson Salvador Panelo said in a statement.

Panelo said the suggestion to transfer domestic flights to Sangley Air Base was presented by Transportation Secretary Arthur Tugade during a cabinet meeting on Monday night.

In a Palace briefing, Panelo explained that Duterte wants the Sangley Airbase in Cavite to accommodate domestic flights by November.

He said this is a month earlier than Tugade’s target to transfer the domestic flights from the Ninoy Aquino International Airport (NAIA) to Sangley Airbase by December.

Panelo said Tugade had already initiated the testing of ferries that can operate from Mall of Asia (MOA) in Pasay City to Sangley within 18 to 24 minutes.

He said Duterte wanted airport security to be handled by a single entity, either from the military or civilian force to ensure passengers’ safety.

Tugade will be drafting an executive order (EO) for the President's consideration, Panelo said.

Duterte ordered the transfer of domestic flights to Sangley Air Base after making a surprise inspection at the NAIA Terminal 2 early Monday morning where he was dismayed over flight cancellations and delays.

He asked Tugade’s agency to solve the problem and promised passengers the government would come up with a remedy “within a month.”

Panelo said Duterte has yet to announce any intention of sacking any airport officials.

Sangley Airbase or the Danilo Atienza Air Base in Sangley Point, Cavite used to be a US naval station base until it was turned over to the Philippine Navy and Air Force in 1971