10 MPs begin battle to succeed May as PM 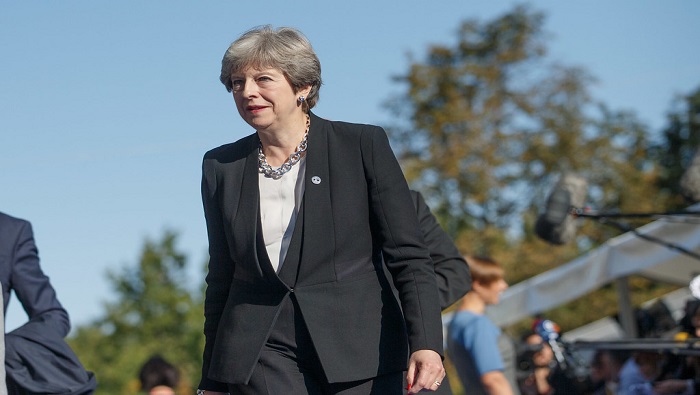 London: The race to choose a new prime minister officially began in the UK with 10 Conservative party hopefuls bidding to win the biggest job in British politics.

The list of contenders emerged after a deadline closed Monday with the successor to Theresa May expected to be announced before the end of July.

The first vote will take place on Thursday June 13 as Tory MPs begin whittling down the list to two candidates.

The two MPs left standing will then face the wider Tory membership to decide on the next leader of their party and prime minister of the country.

The longlist of candidates was announced by the Vice Chairman of the party's backbench 1922 committee Dame Cheryl Gillan. The list includes Former Foreign Secretary Boris Johnson, who is a favourite to win, Environmental Secretary Michael Gove, former Commons leader Andrea Leadsom, and former Brexit Secretary Dominic Raab among others.

To guarantee a place among the final two that will be chosen in a national vote among around 160,000 grassroots Conservative party members, they will have to convince enough of the more than 300 Conservative MPs that they are the best person to move into 10 Downing Street.

Critical to the process of choosing a successor as leader of the Conservatives will be how each of the politicians taking part in the process plan to handle Brexit.

The person chosen as leader will automatically become prime minister, though Queen Elizabeth II has to approve the appointment.

Johnson was the first in the line-up of contenders to say he would seek a deal with the EU but would be prepared to leave on October 31 with no deal.

That is likely to put him at odds with MPs, many of them Conservatives, insisting Britain must reject any notion of a no-deal Brexit.

May's inability to deliver a Brexit deal helped bring her premiership to an end.

She will remain as caretaker prime minister until her successor is chosen.

Another frontrunner is Johnson's successor as Foreign Secretary Jeremy Hunt.

Formally launching his bid, Hunt said: "Our failure to deliver Brexit has put our country and our party in grave peril. The leadership I offer is based on one simple truth: without Brexit there will be no Conservative government and maybe no Conservative Party.

"The lessons of the European and Peterborough elections are clear. If we fight an election before delivering Brexit, we will be annihilated."

"So faced with bad choices, we need a Prime Minister who can negotiate some better choices. Having talked to many European leaders, I believe if we show determination, ingenuity and confidence, there is a deal to be done," he added.

"But just as I have never defined my own politics by Brexit, nor must we as a party. We need to broaden our appeal to remainers, to women, to minorities, to young people and to the centre ground.

"That means an economic vision. As a tech entrepreneur, I will fire up our country to be the world’s next Silicon Valley, a hub of innovation based on our world-class universities, our creativity and our inventiveness. It means a social mission. Prosperity not just for its own sake but prosperity with a purpose. I want our next social mission to be education."

Environment Secretary Michael Gove is also in the line-up, having spent the weekend responding to a controversy caused by his admission that he took drugs while working as a 30-year-old journalist.

The admission has hit Gove's campaign hard, with some calling on him to drop out of the race altogether. However, he launched his campaign with a strong attack on Johnson's 'deal or no deal' strategy.

It would result in a vote of no confidence in a Conservative government, ushering in a Labour-run government led by their leader Jeremy Corbyn by Christmas, said Gove.

"These are serious times and we need a serious leader. The consequences couldn’t be greater if we get this wrong. We need someone who has been tested in the heat of battle who can make the case for conservatism," Gove stated.