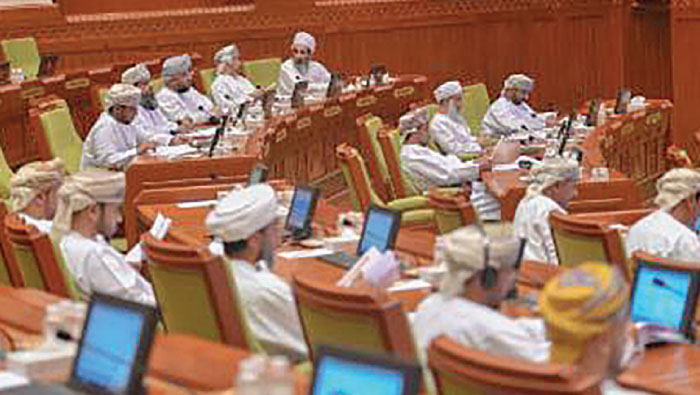 Muscat: Majlis Al Shura during a meeting yesterday referred to the State Council the Draft Law of the Public-Private-Partnership (PPP) and the Draft Law of privatisation referred to Majlis Al Shura from the government on urgent basis.
Chairman of Majlis Al Shura Khalid bin Hilal Al Ma’awali pointed to the agenda of the session which included the discussion and approval of the above draft laws.
The PPP Draft Law aims to encourage the private sector to invest in the infrastructure and public services projects.
The Privatisation Draft Law aims to enhance employment of resources and development of the quality of public services and capital market and to contribute to reduction of the number of jobseekers by creation of job opportunities in such projects.
The Privatisation Draft Law also aims to implement the government policy related to expanding the role of the private sector in ownership and management of various economic activities and to attract investments, expertise and the state-of-the art technology and knowledge.
The session also discussed the report of the economic committee on the Privatisation Draft Law and the PPP Draft Law.
Majlis Al Shura held its 15th Regular Session of the 4th Annual Convening ( 2018-2019) for the 8th term under the chairmanship of Khalid bin Hilal Al Ma’awali.