Oman gears up for Khareef Season 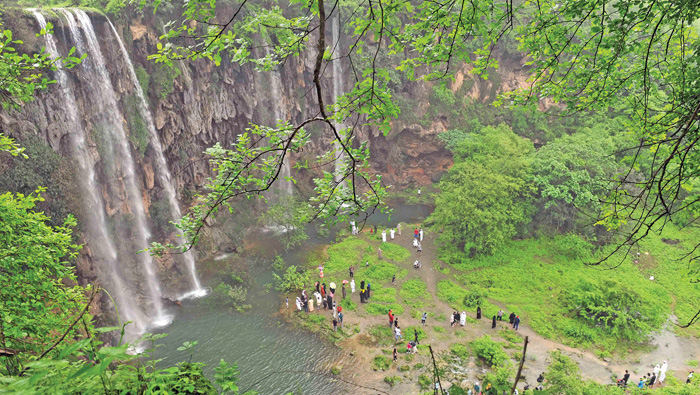 Muscat: As temperatures increase in the northern parts of the Sultanate, down south in Dhofar, citizens and residents have begun to experience the cool, low temperatures of Khareef.
Preparations for the influx of visitors to the region to enjoy the season are well underway in the governorate.
Various activities and events are set to take place this month to mark the Khareef or Monsoon season which usually lasts from June 21 to September 21. During this period, Salalah and the coastal states of Dhofar Governorate experience monsoon weather which include low temperatures, drizzle and light rains.
The mountain regions and plains are scattered with greenery and are often draped in low clouds which cover the tops of the 200 ft hills.
To welcome the season, the General Directorate of Tourism in Dhofar and Hawana organised an hour- long cycling event yesterday, called “The road to Hawana” which began at Kut Hamran in Salalah and finished at Hawana Salalah Marina.
This Khareef visitors can also participate in Oman’s First hot- air balloon festival. According to the organisers, each balloon will be able to accommodate between 5-10 people at a time, and the entry to the festival is set at 500 baisas per person.
Starting next week, flights to Salalah are also set to increase to accommodate the greater numbers of tourists, with airlines allocating more planes to fly to and from the Dhofar region.
In addition to that, working ATMs and cleaner restrooms will be available to tourists as these two items were on the agenda for the Ministry of Commerce and Industry meeting which discussed the governorate’s preparations for this year’s Khareef.
This Khareef season is also set to be will be a safer one, as the Ministry of Transport and Communications announced the opening a 180-kilometre extension on the Adam-Thumrait highway, which is being designed to provide a faster, safer route for motorists heading to and from Salalah and the Dhofar region.