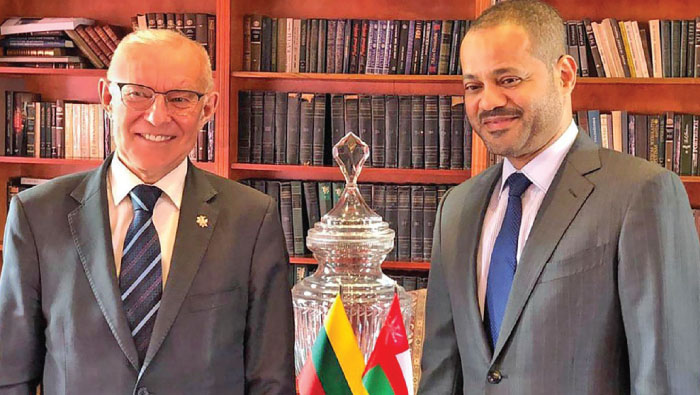 Trakai: The 9th session of the political consultations between the Sultanate and the Republic of Lithuania was held in the Lithuanian city of Trakai yesterday.
The session was chaired from the Omani side by Sayyid Badr bin Hamad Al Busaidi, Secretary General of the Foreign Ministry whilst the Lithuanian side was led by Neris Germanas, Vice-Minister of Foreign Affairs of the friendly Republic of
Lithuania.
The two sides discussed aspects of the bilateral cooperation between the two friendly countries and means of boosting them, particularly in the fields of trade exchange, culture, tourism, agriculture, health and other fields of economic diversification, science, technology and education in a manner that services interests of both countries and people.
The two sides also shared views and opinions on a range of regional and international issues and latest developments of common concern.
The session was attended by Abdulaziz bin Moosa Al Kharousi and the Consul General of the Sultanate in the Republic of Lithuania, as well as officials from both countries.