Kohli reinvokes spirit of cricket to discourage booing of Smith 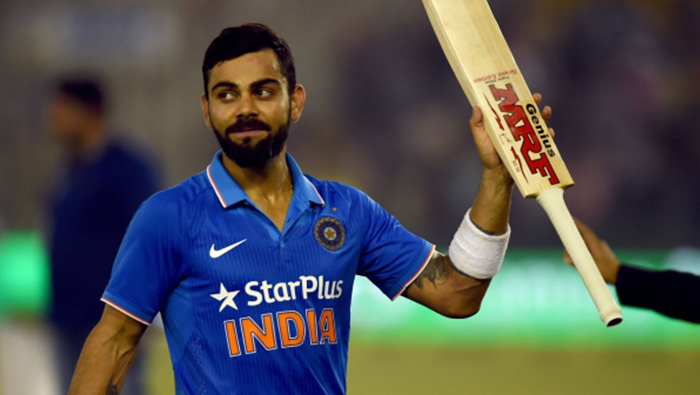 London: Virat Kohli, the India captain, on Sunday, 10 June, discouraged Indian fans from “setting a bad example” by booing Australia batsman Steve Smith, after his team picked up a crucial 36-run win over at The Oval.
Smith, who is playing his first tournament after returning from a year-long ban for ball-tampering, has been at the receiving end of some hostile reception from English crowds through this ICC Men’s Cricket World Cup 2019, and India’s fans followed suit, showering him with chants while he was fielding by the boundary.
Kohli, however, gestured from the middle in an effort to quieten the crowd and explained that he sympathised with Smith while addressing the media after the game.
"I think what has happened has happened a long time back,” the Indian captain said. “The guy is back, he's playing well for his side. Even in the IPL, I saw him. It's not good to see someone on the ground like that. We've had issues in the past. We've had a few arguments on the field, but you don't want to see the guy feeling that heat every time he goes out to play."
The past issues that Kohli speaks of pertain to the 2017 Border-Gavaskar Trophy. In a fiercely-contested series, which India won 2-1, Kohli had accused Smith, then Australia’s captain, of deliberately seeking help from the dressing room on a DRS call while batting.
Having declared at the start of that series that he was “really good friends” with a lot of players from Australia, with whom he had shared a dressing room during the Indian Premier League, Kohli said his relationship with them has “changed for sure” by the end of it.
However, both teams have put those issues behind and have come a long way since, and Kohli said that he even apologised to Smith on behalf of the Indian crowd. "He has come back, he's worked hard, he's playing well for his side. Just because there are so many Indian fans here, I just didn't want them to set a bad example, to be honest, because he didn't do anything to be booed in my opinion.
"He's just playing cricket. I mean he was just standing there. If I was in a position where something has happened with me and if I had apologised, and I had accepted it, I came back and still I get booed, I wouldn't like it either. So I just felt for him and I told him sorry on behalf of the crowd because I've seen that happen in a few earlier games as well."