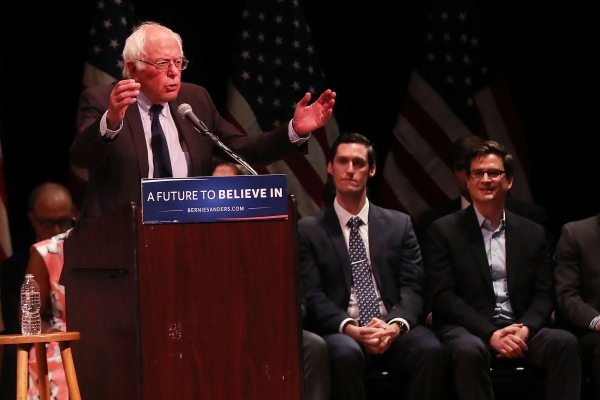 Washington DC: Democrats criticised US President Donald Trump’s tactic of threatening punitive tariffs to extract concessions on immigration from Mexico, accusing him of recklessly endangering ties to a major ally and trade partner.

“What the world is tired of, and what I am tired of, is a president who consistently goes to war, verbal war, with our allies,” Senator Bernie Sanders, an independent who caucuses with Democrats, said.

“We need a decent relationship with Mexico,” added Sanders, who is a candidate for the Democratic presidential nomination in 2020. “We should not be confronting them every other day.”

His comments came after the US and Mexico, following urgent talks in Washington, reached a deal to avert the five-percent tariffs Trump had threatened on all imports from Mexico, a move economists said would have had devastating impact in both countries.

The Mexican side, for its part, agreed to bolster security on its southern border and expand its policy of taking back Central American migrants as the US processes their asylum claims.

Trump and his Republican supporters hailed the deal as a major breakthrough, but the Democrats sharply criticised his frequent resort to tariff threats and said many of the Mexican concessions were made months ago.

“Threats and temper tantrums are no way to negotiate foreign policy,” she said.

Beto O’Rourke, a former congressman from the border city of El Paso, Texas who is also running for the Democratic nomination, was among Trump's critics.

"The damage from Donald Trump's disastrous tariffs and his reckless trade wars has already been done. We need a president who’s going to make sure we fight for farmers and workers, invest in rural communities, and strengthen our ties with the rest of the world," he said.

Many lawmakers from border states like Texas — even many Republicans — had expressed grave reservations about the tariff threat, but Republicans, at least, welcomed the outcome.

“In general, Republicans understand that tariffs are attacks on American consumers and we don’t want to see them in place long-term, nor do I believe President Trump does,” Republican Senator Ron Johnson said.

That said, the Wisconsin lawmaker added, “I think he used them as leverage in this situation brilliantly.”

Mexican President Andres Manuel Lopez Obrador, speaking Saturday in the border city of Tijuana, also credited the agreement, saying it meant “there will not be an economic or financial crisis in Mexico.”