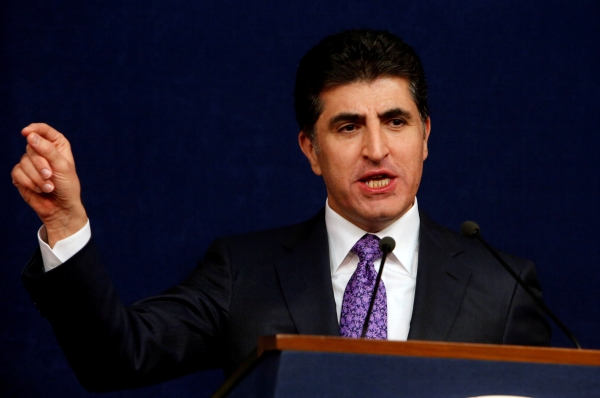 Ankara: Nechirvan Barzani was sworn in Monday as Iraqi Kurdistan’s second president, succeeding his uncle and veteran leader Masoud Barzani whose son Masrour is expected to be nominated as premier on Tuesday.

Nechirvan, the 52-year-old deputy leader of the Kurdistan Democratic Party, was elected as president on May 28 after seven years as the region’s prime minister.

He is the Kurdish region’s second president after his uncle Masoud, who served in the role from 2005 until he quit in 2017 following a controversial independence referendum.

In his address, he appealed for better ties with federal authorities in Baghdad, and said his government would also prioritise the well-being of constituents in the region.

A set of speeches followed his swearing-in, with the first going to Masoud and then Iraqi President Barham Saleh, who hails from the opposing Patriotic Union of Kurdistan which boycotted Barzani’s election.

Among those in the audience were Turkish Foreign Minister Mevlut Cavusoglu and several foreign consuls.

Born in northern Iraq in 1966, Barzani spent part of his life in Iran and speaks fluent Kurdish, Farsi and English.

He has had a long political career in the Kurdish region, serving as its vice prime minister, head of government and prime minister since it won autonomy from federal authorities in 1991.

Observers expect the new president will nominate his cousin Masrour — the region’s current national security adviser — to replace him as premier.

The nominee will be announced at 11:00 am (0800 GMT) on Tuesday, according to parliament speaker Vala Fareed.

The premier-designate would then have 30 days to form a government.