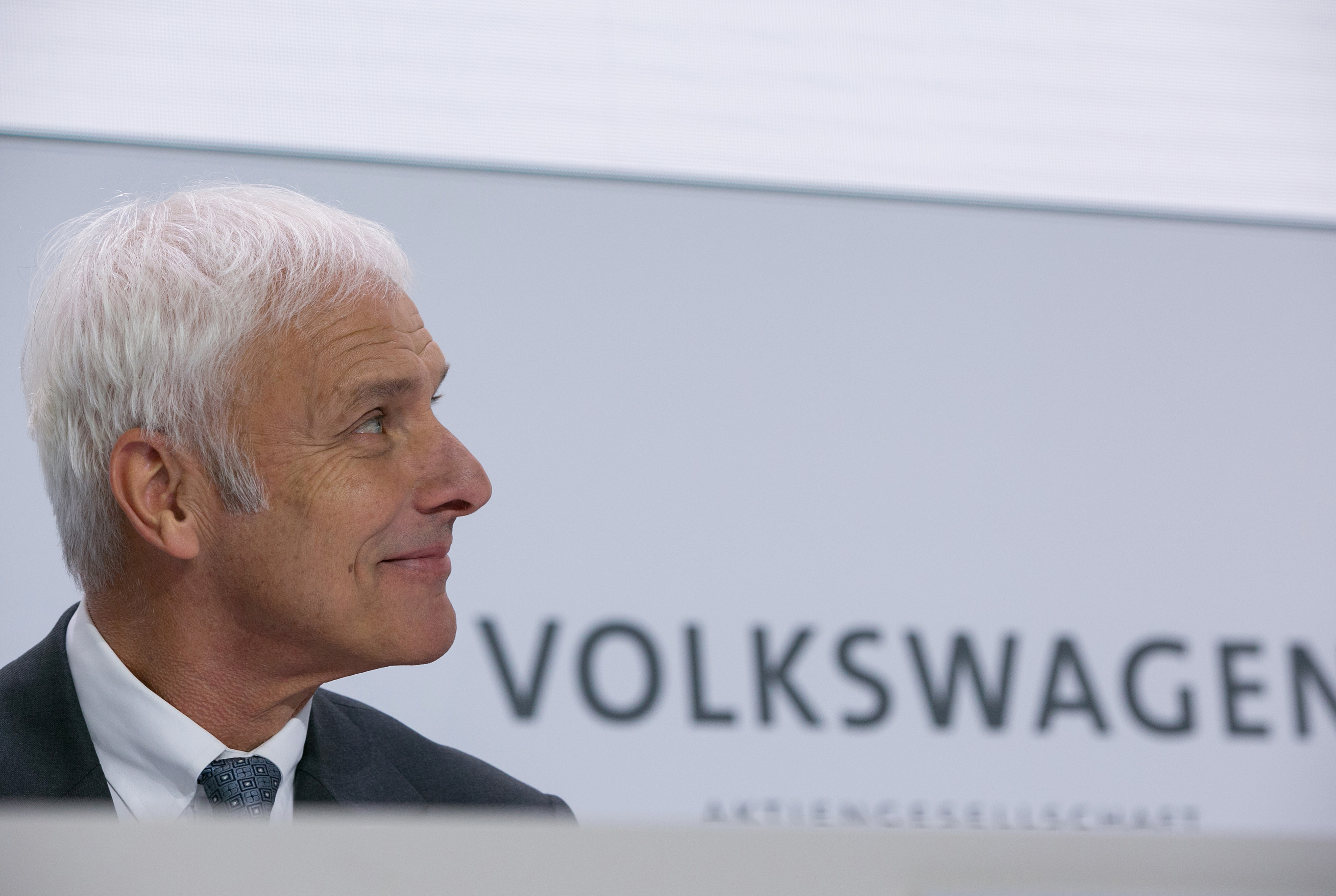 Volkswagen AG’s namesake car brand slumped to a loss in the fourth quarter as the emissions-cheating scandal tarnished its reputation and added costs to appease customers and dealers.
The VW brand posted a loss of 127 million euros ($144 million) in the final three months of 2015, compared with a profit of 780 million euros a year earlier, according to data released by the German carmaker. Volkswagen’s biggest unit was hit by "market support measures linked to the emissions issue” as well as drops in the Russian and Brazilian demand, the company said in a statement on Thursday. The shares declined 1.1 percent at 10:52 a.m. in Frankfurt.
"Volkswagen is far more than crisis,” Chief Executive Officer Matthias Mueller said at a press conference at its Wolfsburg headquarters. "But we can nonetheless hardly avoid saying that the current situation demands everything of us, in every respect -- including financially.”
Reviving the VW marque is critical to the carmaker’s recovery from the worst scandal in its history. The company’s largest division by sales volume and revenue, which was struggling with weak profitability even before the crisis, has become a battleground as the automaker’s powerful worker representatives balk at restructuring measures pushed by Herbert Diess, the head of the brand.
12-Point Plan
Diess, who joined Volkswagen from BMW AG last July, has embarked on a 12-point program to revive weak margins at the VW brand and accelerate cost savings initiated under Martin Winterkorn, who resigned as CEO after the scandal erupted in September. Volkswagen has been slow to tackle weak profits at its namesake car unit in recent years, relying instead on surging sales in China and the fatter margins at the upscale Audi and Porsche units.
Other Volkswagen brands, which include the mass-market Skoda nameplate and the ultra-luxury Bentley marque, will continue to prop up the car business, which is set for a "sharp decrease” in revenue, the automaker said. In the first quarter, the VW brand was the group’s only division that suffered a decline in deliveries.
Last year, Volkswagen’s namesake car unit reported a margin of 2 percent, down from 2.5 percent in 2014 and putting it further from a pre-crisis target for operating profit to rise to 6 percent of sales. For 2016, the company plans a margin of 5.5 percent to 6.5 percent for its car units and 5 percent to 6 percent for the entire group.
In addition to the impact of the crisis on operations, the VW brand was hit last year by financial charges totaling 16.4 billion euros for damages from the emissions-manipulation scandal as well as restructuring measures in South America and provisions to recall cars with potentially faulty air bags in North America.
(Updates with 2016 outlook in seventh paragraph. A previous version of this story corrected the timeframe for the VW brand's loss.)
To contact the reporters on this story: Christoph Rauwald in Frankfurt at [email protected], Naomi Kresge in Berlin at [email protected] To contact the editors responsible for this story: Chris Reiter at [email protected], Tom Lavell