Surge in foreign tourists to Oman 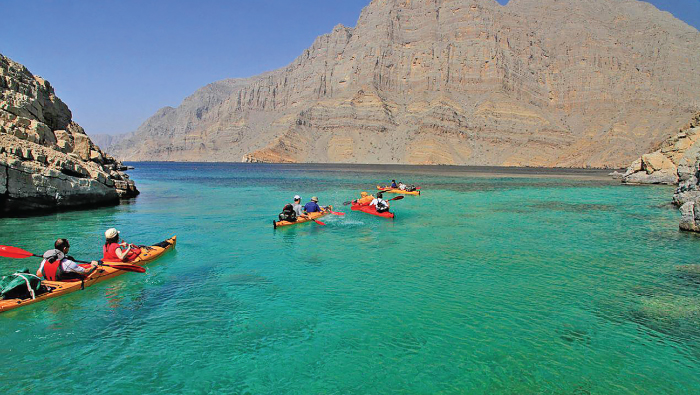 Muscat: More than 1,200,000 people have visited the Sultanate of Oman in between January and April 2019, according to the national statistics.
According to the latest figures by the Tourism Index Report, issued by the National Centre for Statistics and Information (NCSI), GCC citizens were in the top five nationalities that visited the Sultanate from January till April 2019. It was then followed by Indian, British and German citizens.
While 457,379 people from the Gulf visited Oman, 130,468 Indian nationals visited the Sultanate.
Moreover, 93,989 visited from Germany, 70,423 visited from British and 43,894 from Italy.
The report also showed that the country has witnessed 34.3 increase in in-bound visitors during the month of April 2019, compared to the same month of the previous year.
The visitors from the Gulf region took the first spot where their number reached more than 152,000, forming 46 per cent of tourists during the month of April. However, during the same period in 2018, visitors from the Gulf were recorded at 107,930. The Indian, British and German nationalities took the following spots consecutively. They formed 11.1 per cent, 5.5 per cent and 3.8 per cent of the total number in April 2019.
Furthermore, in terms of outbound visitors, 546,000 people departed from the Sultanate during the month of April 2019, according to the statistics provided by the NCSI. The locals departed made up to 64.6 per cent of the total visitors, an increase by 11.9 per cent compared to the same month of the previous year. In addition to that, the year April 2019 witnessed an increase of 8.2 per cent in its outbound visitors.
From January to April, 172,000 cruise ship visitors arrived in the Sultanate. In addition, the number of cruise ship visitors during April 2019 rose by 53.7 per cent with a total of 22,000 visitors compared to the same period last year during which the country’s ports welcomed 14,000 visitors.
The top five nationalities that came to the Sultanate through cruise ships were German, British, Italian, Spaniard and American.