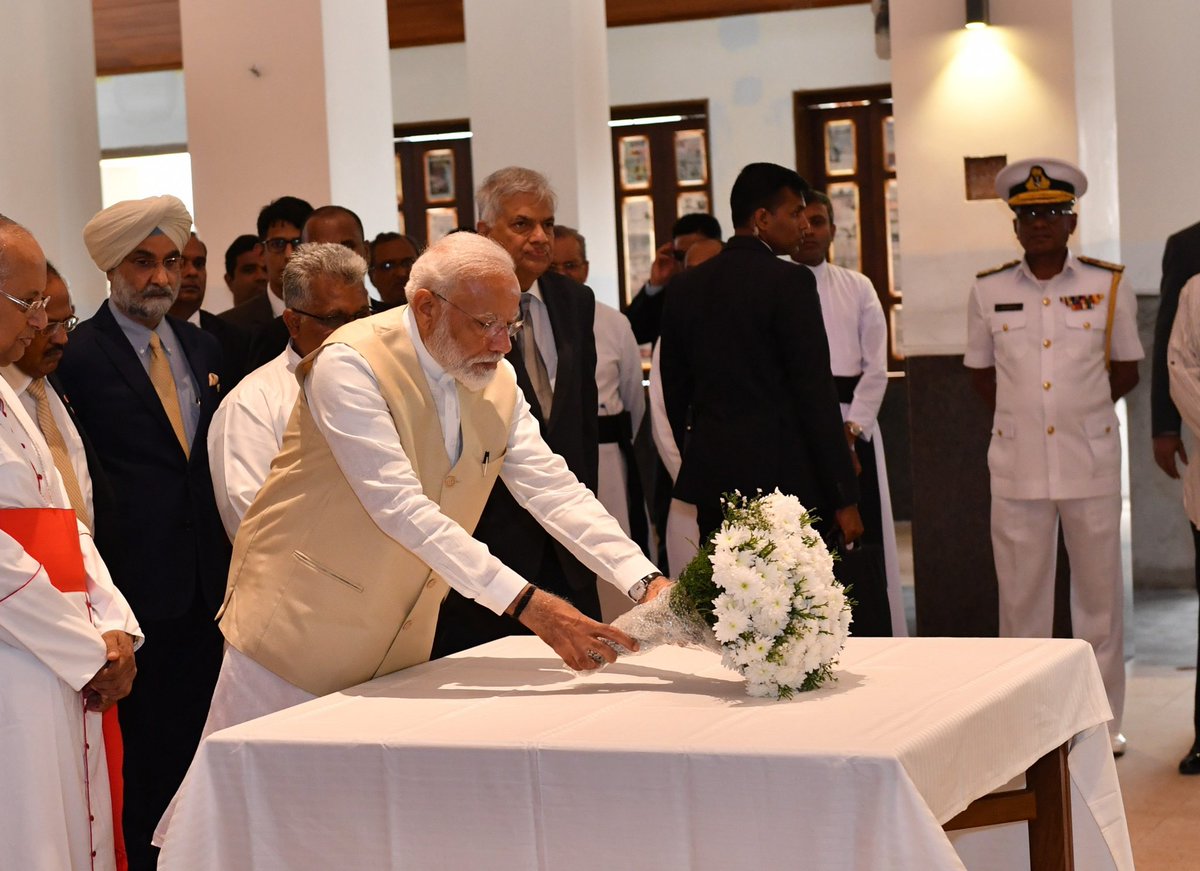 Colombo: India's Prime Minister Narendra Modi visited a church that was targeted during the Easter Sunday Bombings in Sri Lanka.

Modi went to St. Anthony's Shrine in Kochchikade shortly after arriving in the country. He was accompanied by Sri Lanka's Prime Minister Ranil Wickremsinghe.

In a tweet, Modi wrote: "Started the Sri Lanka visit by paying my respect at one of the sites of the horrific Easter Sunday Attack, St. Anthony's Shrine, Kochchikade.

"My heart goes out to the families of the victims and the injured."

The attacks, which occurred on April 21, killed over 250 people and wounded hundreds.

Modi was in Sri Lanka after visiting the Maldives, where he was awarded the nation's highest honour for foreign dignitaries. Modi was given the The Most Honourable Order of the Distinguished Rule of Nishan Izzuddeen by Ibrahim Mohamed Solih, the President of the Maldives.

While in Sri Lanka, the Indian leader also paid a visit to the country's President Maithripala Sirisena and head of the opposition Mahinda Rajapakse.

"Today India’s position in the world is getting stronger and a large part of that credit goes to the Indian diaspora.

"Wherever I go, am told about the successes and accomplishments of the Indian diaspora," he said.

He added: "We have achieved a lot in the last five years and much more has to be done in the coming years. No stone will be left unturned to fulfil people’s aspirations."