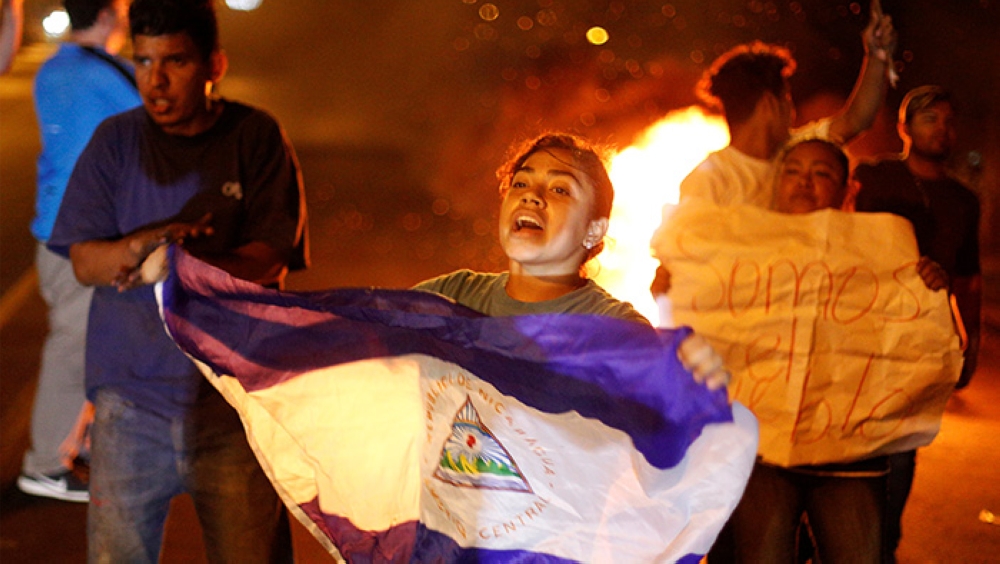 The law, passed by MPs loyal to Ortega who control the legislature, applies to “all those who took part in the events beginning on April 18, 2018,” when protests broke out, sparking a heavy-handed response by security forces.

The Central American country descended into a political crisis and a brutal crackdown by Ortega’s troops over the next four months left 325 dead, 800 in prison and thousands in exile.

The government promised in talks with the opposition to release all detained protesters by June 18, and the measure passed Saturday calls for jailed dissidents to be released “immediately,” but also stipulates that they must “refrain” from protesting again.

The bill also closes the door on investigating and punishing security forces involved in repressing the protests.

Sparked by a now-scrapped pension reform proposal, the protests left 325 people dead, most of them opposition supporters.

“The path to peace and reconciliation can only be through forgiveness, and it hurts us to have to grant amnesty to confessed assassins of police,” but “the country comes first,” said Edwin Castro, head of Ortega’s Sandinista National Liberation Front (FSLN) in parliament, whose 70 MPs voted for the law.

The National Unity Blue and White (UNAB), a coalition of more than 70 opposition groups, denounced the amnesty law, saying it “aims to cover up crimes that (the government) committed with its institutions, partisan structures and paramilitaries.”

The opposition accuses 73-year-old former left-wing guerrilla leader Ortega, who first came to power in 1979 following the fall of the US-backed Somoza family dictatorship, of rights abuses and authoritarian leadership.

Peace talks between Ortega and opposition groups have stalled several times, notably due to Ortega’s refusal to countenance a key demand that he resign and bring forward elections slated for 2021.