NBA: No Curry, no worry as Warriors eliminate Rockets 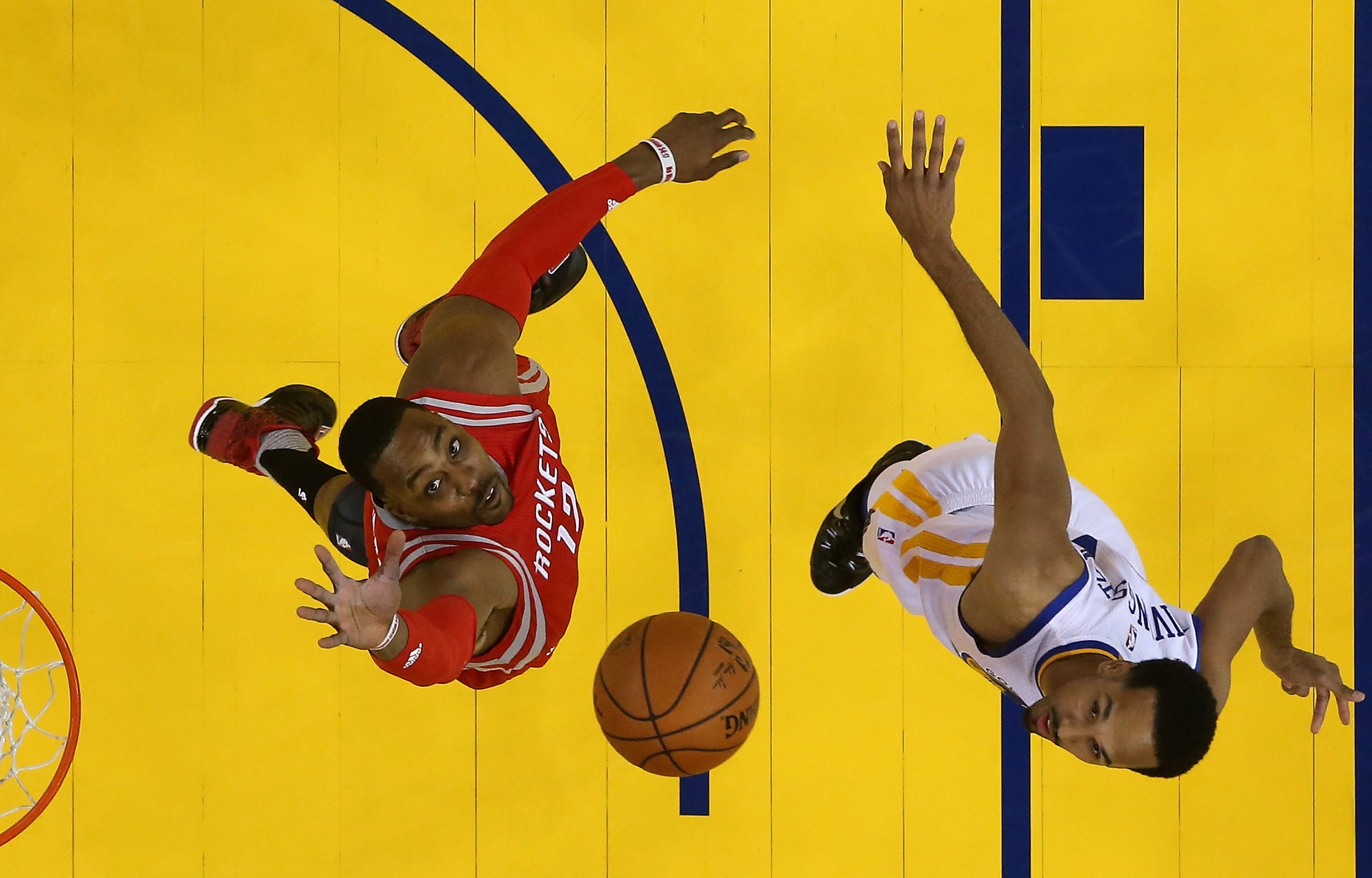 The Golden State Warriors did not skip a beat without key point guard Stephen Curry, routing the Houston Rockets 114-81 on Wednesday to seal a 4-1 series triumph in the first round of the Western Conference playoffs.
The defending NBA champs will move on to face either the Portland Trail Blazers or Los Angeles Clippers.
If the Trail Blazers, up 3-2 in the series, can finish off the injury-ravaged Clippers at home on Friday, the Western semi-final best-of-seven would start on Sunday in Oakland.
The Warriors almost surely will be without Curry for most, if not all, of the second-round series after he sprained the medial collateral ligament in his right knee during Game 4 against the Rockets on Sunday.
Golden State improved to 4-2 without the reigning NBA Most Valuable Player by winning the series clincher against the Rockets, with veteran Shaun Livingston stepping into Curry's starting role and contributing 16 points on 7-for-8 shooting.
Ten of Livingston's points came on 4-for-4 shooting and a pair of free throws in the first quarter, during which the Warriors scored the first eight points and suffocated every Rocket not named James Harden en route to a 37-20 lead.
Harden had 18 points in the quarter, hitting six of eight shots. Meanwhile, his team mates never made a hoop in the 12 minutes, going 0-for-15 from the field and 0-for-7 from 3-point range.
Dwight Howard's two free throws provided the only Houston scoring other than by Harden in the period.
Harden finished with a game-high 35 points to go with six rebounds and a team-high six assists, but it was not nearly enough to overcome a balanced Warriors attack.
Klay Thompson led Golden State with 27 points, burying 10 of 14 shots and seven of 11 3-point attempts.
The Warriors finished 13-for-31 from beyond the arc, outscoring the Rockets 39-18 from long range despite taking two fewer attempts. Houston went 6-for-33 on 3-pointers, with Harden making three of seven tries.
Draymond Green contributed 15 points and team highs in rebounds (nine) and assists (eight) to the win, which was Golden State's 42nd in 44 home games this season.
Andre Iguodala had six points and six assists, and Brandon Rush was good for 15 points off the Warriors' bench.
Howard dominated the backboards with 21 rebounds. However, he missed 10 of 13 shots and finished with just eight points.
Houston's starters other than Harden shot a combined 8-for-33 and totaled 19 points.
Michael Beasley had 11 points off the Houston bench, but he got little help from the Rockets' reserve crew. The other Houston reserves combined to miss 21 of their 27 shots and totaled 16 points.
The Rockets shot just 32.3 percent from the field, including just 28.3 percent (13-for-46) in the first half while falling behind by as many as 22.
Golden State made 54.9 percent of its field-goal attempts.
The Warriors led by as many as 33 points in the third quarter and 34 late in the game.