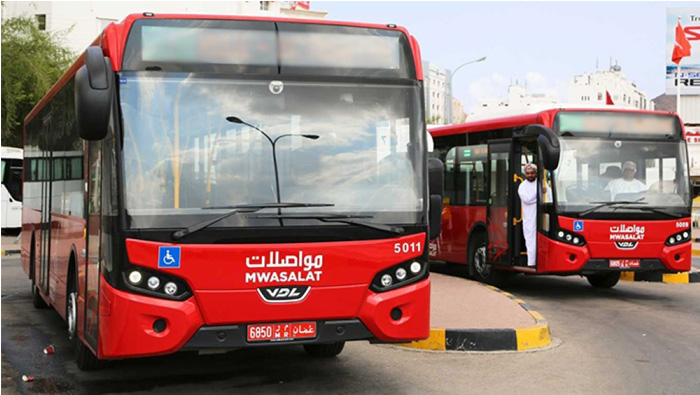 Muscat: Mwasalat, the Oman National Transport Company, has expressed its grief and condolences after an accident in Dubai claimed the lives of 17 people, including one Omani and 12 Indian nationals.
The accident, which took place on June 6, killed 17 of the 31 people on the bus when it crashed into a 2.2 metre barrier in Dubai, which was meant to deter large vehicles from taking the Al Rashidiya exit from Mohammed bin Zayed Road towards the metro station.
Survivors of the crash and families of those who lost their lives described the tragedy as horrific, and added that most of those who sat on the left side of the bus were killed instantly when the accident took place.
A spokeswoman for the company told Times of Oman, “The topic is being closely followed, and a full team from Mwasalat is in Dubai.”
According to the spokeswoman, the team is in Dubai since the time of the accident and it is cooperating with the authorities to determine the cause of the accident.
According to a statement by Mwasalat, “An independent investigation team headed by the Accident Investigations committee at the Department of Transportation safety at the Ministry of Transport and Communications will probe the direct and indirect causes of the accident.” The company has also changed the colour of its logo on social media accounts to show solidarity with the families of the victims.
The spokeswoman added, “This is not a small matter; we’ve lost 17 people.” The victims of the accident included the Omani back-up driver, 12 Indian nationals, at least 2 Pakistanis, and one Irish person. The main driver of the bus, an Omani in his fifties, has also received serious injuries but remains in a stable condition.
When asked about the causes of the accident, the Mwasalat spokeswoman said that it would not be possible to issue a statement until the investigation into the accident is completed.
The remains of the 12 Indian nationals who lost their lives in the accident are being repatriated to India, and the procedure is expected to be completed today.
The Consul General of India in Dubai said on Saturday, “The mortal remains of one person were sent home early today morning. Two mortal remains are being sent at 4 PM today and we hope to send the remaining later tonight or tomorrow morning. The last rites are being conducted in one case in Dubai. I thank all volunteers and authorities.”
Oman’s Ambassador in Abu Dhabi also visited the hospital in order to check up on the injured and to show solidarity.
A statement by the Omani Embassy in Abu Dhabi read, “Dr. Khaled Al Jaradi has visited Rashid Hospital in Dubai for the sake of those who have been injured in the tragic traffic accident which involved the Mwasalat bus.”
The embassy has also thanked the government of Dubai and the health authority, as well as the road and transport authority of Dubai and Mwasalat for their efforts following the accident.
At the time of the visit, there were six injured in the hospital, including the Omani who was in stable condition.
Major General Abdullah Khalifa Al Marri, commander-in-chief of the Dubai Police force, had described the accident as “tragic”.
According to him, the bus took a turn into a no-go zone for buses, which led to the vehicle crashing into the 2.2 metre barrier. He added, “Sometimes a small mistake or negligence can lead to terrible consequences, as occurred this evening when 17 people from different nationalities lost their lives.”
Mwasalat has said that its passengers will be able to continue taking the bus between Muscat and Dubai.
The statement by Mwasalat read: “Operations on Muscat-Dubai route will be resumed as of today in agreement with the Road and Transport Authority in Dubai.
Service on the same route was previously suspended soon after the accident as a precaution for the safety of passengers,” the statement added.
The Indian Embassy in Muscat has also expressed its regret for the lives lost, and said that it welcomes contact on the toll-free number 80071234 for assistance in Oman.