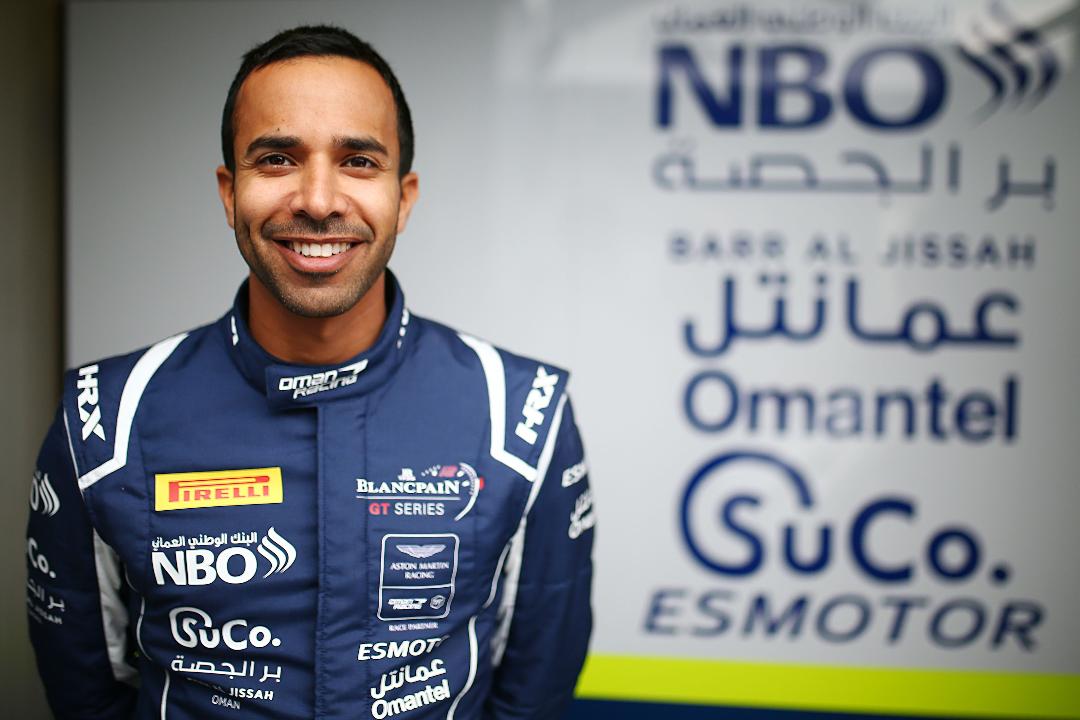 Muscat: Muscat’s multiple motor racing champion Ahmad Al Harthy arrives in France later this week ready to challenge for his first Pro-Am class victory of 2019 when the third round of the Blancpain Endurance Cup, the annual six-hour ‘into the night’ race, takes place on Saturday, 1st June, at Paul Ricard.
Obviously important in its own right as a key part of the season, the encounter at the Le Castellet track also acts as prime preparation for the championship’s biggest race – July’s Total 24 Hours of Spa in Belgium – and so huge significance is always placed on the third Endurance outing of the year.
Heading into the midway point of the current campaign, Al Harthy and Oman Racing team-mates Charlie Eastwood and Salih Yoluc are second in the Pro-Am standings and just three points shy of the top of the championship.
Having been third and second in the opening two rounds, at Monza in Italy and Silverstone Grand Prix Circuit in the UK respectively, could Paul Ricard provide the opportunity for the trio to stand on the top step of the podium for the first time in 2019?
Oman Racing’s return to the Pro-Am class this year, having raced in the Silver Cup category in 2018, has been very successful so far with terrific competitiveness displayed by the No.97 Aston Martin Vantage GT3 which is prepared and engineered by British squad TF Sport. Notably, of course, the round one podium at Monza was the first in Blancpain for the new generation Aston Martin.
Al Harthy, Eastwood and Yoluc will arrive at Paul Ricard with an unbroken pole position qualifying run so far this season, and added to the 100% podium finishing record for 2019 confidence is quite rightly high for the six-hour race.
Equally too, the Muscat racer – who enjoys key support from partners the National Bank of Oman, Oman Ministry of Sports Affairs, Omantel and Barr Al Jissah – has an impressive record at Paul Ricard with a second place finish in Pro-Am during his title winning season and a top four result last year in the Silver Cup. Only a late Safety Car period in last season’s race prevented another podium.
“Paul Ricard is always a real highlight of the Blancpain season, we love competing there and the evening race is obviously one of the most spectacular in GT racing”, said Al Harthy, “It’s been a good season so far, two podiums from two races is exactly what we wanted to achieve so now we need to try and keep that momentum going at the weekend.
“It’s very close at the top of the championship so consistent scoring is vital, as we know from our title winning year in 2017, but we are confident of a strong performance on Saturday after the start we have had to the current season. All of the guys in the team are working incredibly hard and, from a driving point of view, Charlie, Salih and I are determined to deliver the best performance we can.”
Featuring an immense combined grid of almost 50 cars, the Blancpain Endurance Cup is more than living up to its status as the biggest and best GT3 championship in global motorsport and the eagerly awaited Paul Ricard six-hour race could play a pivotal role in the title battle.