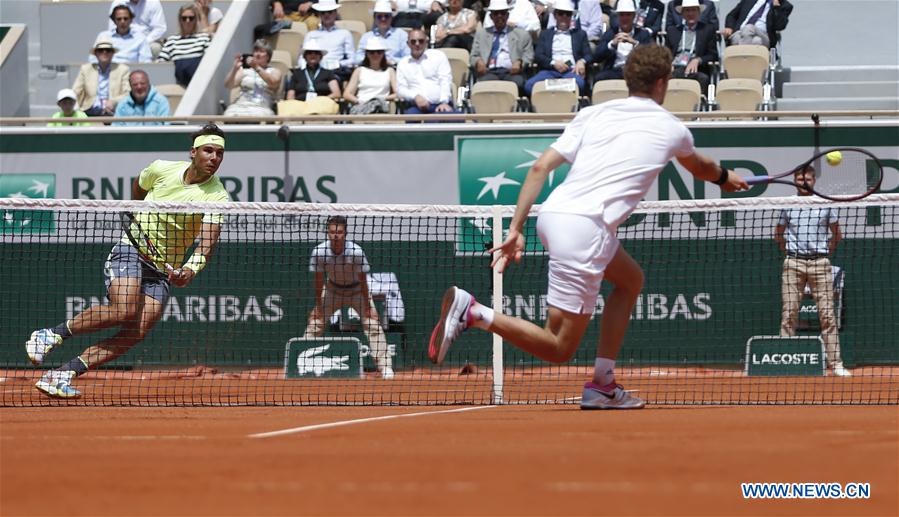 Paris: Title favorites Novak Djokovic and Rafael Nadal took on straight-set wins to book their men's singles second round spots in the French Open here on Monday.
The American veteran Serena Williams, seeded No. 10 in women's singles, had to recover from one set down to eliminate Vitalia Diatchenko of Russia 2-6, 6-1, 6-0 for the 800th main draw victory of her career.
Top-ranked Djokovic, bidding to become the second man in history to hold all four Grand Slam titles at the same time on two separate occasions, recorded his 22nd straight Grand Slam win by overcoming Hubert Hurkacz of Poland 6-4, 6-2, 6-2.
The 15-time Grand Slam winner won 81 percent on first serve, and possessed superior win on second serve over his Polish opponent, striking 27 winners in total.
"I thought that I won most of my service games comfortably. I was pretty dominant on my serves, and played a very solid match," commented Djokovic, who will take on Henri Laaksonen in the second round.
Defending champion Nadal tamed German qualifier Yannick Hanfmann 6-2, 6-1, 6-3.
"It was a first round, and I did a lot of things well. Not many mistakes. Being very solid all the time," the Spaniard pointed out.
"What I did very well today is just about general feeling, which has been positive this afternoon," he added.
Last year's finalist Dominic Thiem bounced back from 4-0 down in the tiebreak of the third set to see off Tommy Paul of the United States 6-4, 4-6, 7-6 (5), 6-2.
Russian 12th-seeded Daniil Medvedev pocketed two sets 6-4, 6-4, but Frenchman Pierre-Hugues Herbert turned the table 6-3, 6-2, 7-5.
Williams, 37, lost four straight games after both players tied 2-2 in the opening set, while regrouping herself to win 12 of the next 13 games.
"I just got nervous out there and stopped moving my feet. There was like concrete blocks on my feet. "Compared with other matches, I'm always a little nervous in Grand Slams, especially in the first round," she explained.
Also on Monday, fourth-seeded Kiki Bertens shrugged off local favorite Pauline Parmentier 6-3, 6-4, but former world No. 1 Caroline Wozniacki had to stop her journey after losing 0-6, 6-3, 6-3 to Russia's Veronika Kudermetova.
China's Zhang Shuai, who had failed in the first round on consecutive occasions in recent clay tournaments, whitewashed Varvara Lepchenko of the United States 6-1, 6-1 in just 52 minutes.
Women's world No. 1 Naomi Osaka and reigning champion Simona Halep will embrace their opening matches this year on Tuesday.
No. 16 seed Wang Qiang and Zheng Saisai set up an all-Chinese first round encounter, while their teammate Zhu Lin meets Romania's Irina-Camelia Begu.