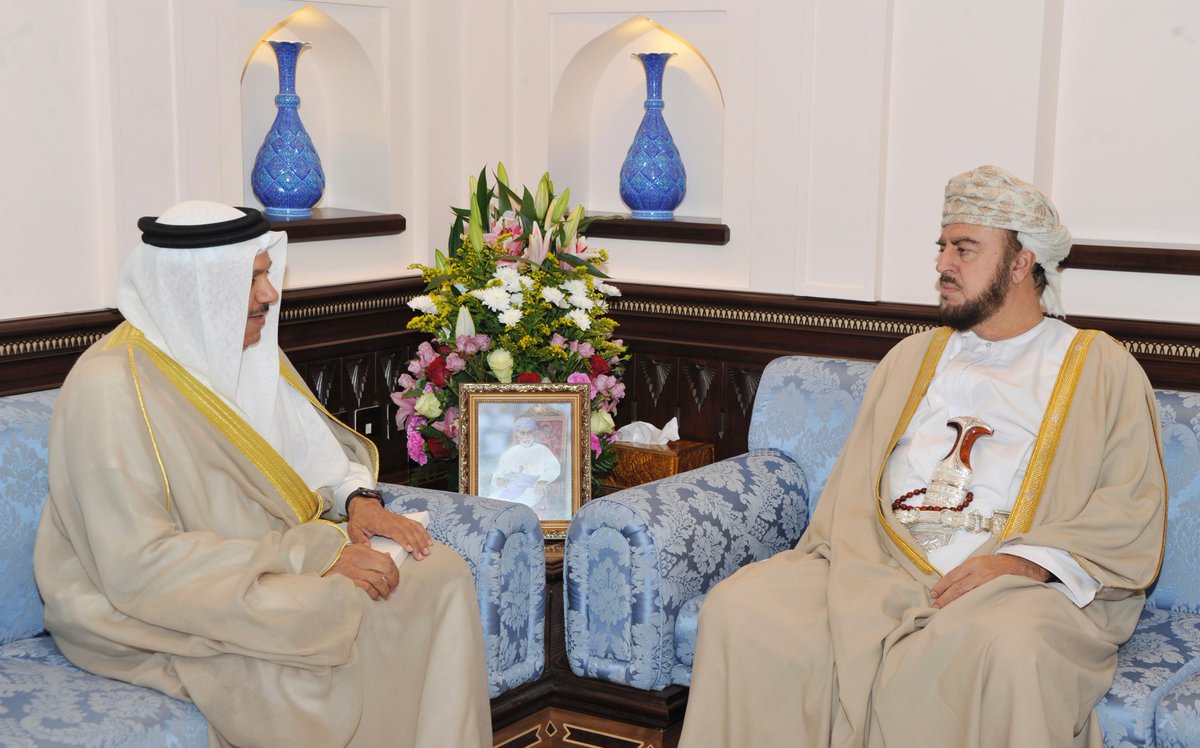 Muscat: His Majesty the Sultan has received a written message from his brother the Custodian of the Two Holy Mosques King Salman of Saudi Arabia, which includes an invitation to attend the emergency summit of the Gulf Cooperation Council (GCC) scheduled to be held in Makkah on May 30th.

The message was received by His Highness Sayyid Asaad bin Tariq Al Said, Deputy Prime Minister for Relations and International Cooperation and Special Representative of His Majesty Sultan Qaboos, during a meeting with His Excellency Dr Abdul Latif bin Rashid Al Zayani, Secretary General of the Gulf Cooperation Council at His Highness' office.