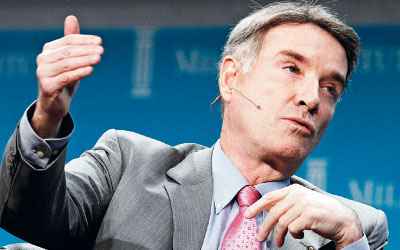 The tycoon, who made a fortune in the oil and mining industries, was also banned from running a publicly listed company for seven years.

According to Agencia Brasil, Batista was fined for selling shares in a company he ran while "in possession of material information not disclosed to the market." The incident occurred in 2013.

The businessman's lawyer, Darwin Correa, stated he would file an appeal against the penalties.

Batista, with a fortune estimated by Forbes to have been worth $30 billion in 2012, is also fighting a 30-year jail sentence for corruption and money laundering. The Minais Gerais native was convicted in July 2018 of bribing the former governor of Rio de Janeiro Sergio Cabral. Cabral is currently serving a combined 123-year prison sentence for corruption.