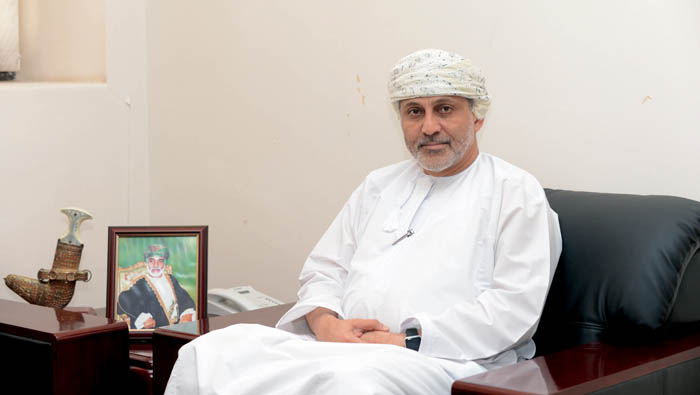 Muscat: Oman Chamber of Commerce and Industry (OCCI) is seeking to build strategic partnerships with both public and private sectors, Abdul Adhim bin Abbas Al Bahrani CEO of Oman Chamber of Commerce and Industry (OCCI) has said.
Al Bahrani stressed the importance of cooperation of the private sector in all governorates of the Sultanate with OCCI as the official representative of the private sector.
He also said that the OCCI Board of Directors had decided to hold the General Assembly of the Chamber on June 26 at OCCI headquarters in Muscat to discuss the auditor’s report for the financial year ended December 31, 2018, in addition to the appointment of the auditor for the fiscal year ending on December 31, 2019, as well as approving the OCCI 2018 annual report.
Membership fees
He pointed out that in order to facilitate the participation of members in the meeting, an e-registration system is used on OCCI website to facilitate the registration and participation in OCCI meeting, adding that registration will open on OCCI website on May 29.
He added that the chamber’s board discussed the exemption of companies from the late membership fees and decided to reduce by 50 per cent of the total fees for the members over two years from May 15 for three months.
He added that OCCI will launch an initiative to exempt student companies wishing to convert into commercial companies in accordance with a legal framework in all governorates of the Sultanate for membership of the Chamber for two years, for companies registered in the fourth grade at OCCI, and 10 companies were approved for each college or university for each governorate.
He pointed out that in the governorates with no colleges or universities, they are to be replaced by schools or the citizens of the governorates studying in universities or colleges outside the Sultanate, noting that in order to benefit from that exemption, an application should be submitted at OCCI headquarters in Muscat or OCCI branches in the governorates, accompanied with a letter from the university, college or school.