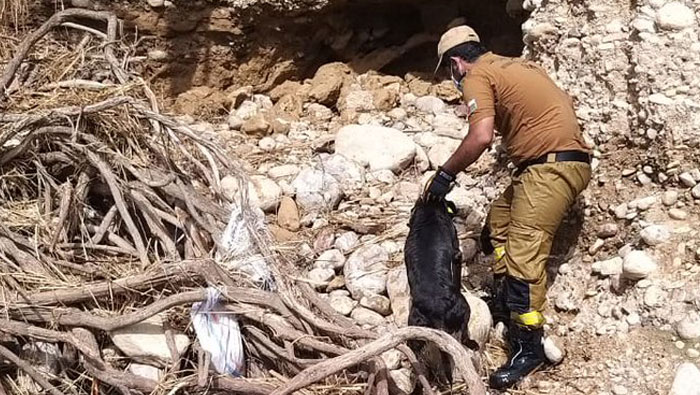 Muscat: A second body has been recovered from a flooded wadi, four days after an Indian family of six was swept away by flash floods.
Oman’s Public Authority for Civil Defence and Ambulance (PACDA) announced: “Continuing the ongoing search for the lost family in Wadi Bani Khalid. The efforts resulted in the discovery of another body this morning after the first body was found yesterday morning.”
“The search efforts will continue from Wadi Bani Khalid valleys to the areas of South Al Sharqiyah Governorate,” PACDA added.
On Saturday, Sardar Fazal Ahmed, an Indian expatriate, who works as a pharmacist in Ibra, lost both of his parents, Khan and Shabana Begum, his wife, Arshi, and his three children, including his newborn infant son Nooh, his two-year-old son Zaid and his four-year-old daughter Sidra, when their car was swept away by flash floods.
**media[1030187]**
Talking to Times of Oman, Sardar’s friend said that he will be going today (Thursday) to verify the second body recovered by the authorities.
“Sardar will be going today to verify the body, and hopefully soon his family members who are flying from India will join him,” the friend said.
In addition to that, search and rescue teams on Tuesday recovered the body of an adult female from a flooded wadi in Ibra, and the officials are now awaiting blood test results to officially confirm the identity. The remains are believed to be those of Sardar’s mother.