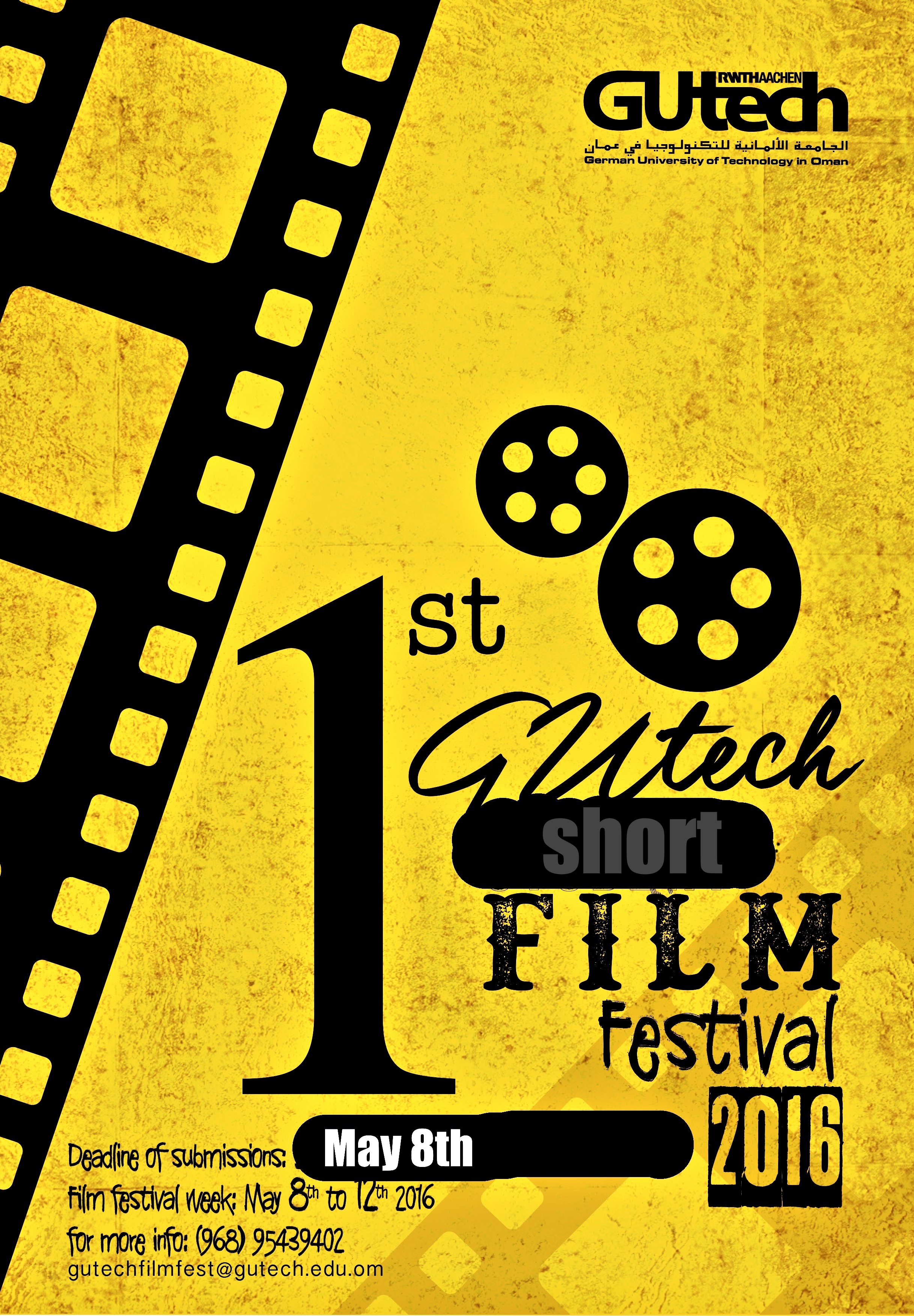 Come May 8, filmmakers and visual media students from different parts of Oman will descend on the sprawling German University of Technology in Oman (GUtech) campus in Halban, in Muscat.

For the next five days, they will watch movies, get filmmaking tips from experts, try their hands in the post-production process and shake a leg at the Bollywood dance night, during the first-ever GUtech Short Film Festival.

The festival will showcase films in different genres, such as documentary, drama, animation, experimental, and sports, apart from movies shot with GoPro cameras.

The organisers have already received plenty of entries for the competition section.

Joanna Tracey Heaton, founder of the film festival, said the response is quite encouraging. “The multi-national event provides a good platform for upcoming filmmakers to showcase their works, and watch movies made by their peers. Besides, it will give them an opportunity to interact and share their thoughts with others. Entries can be submitted till May 8.”

On the concluding day, a jury of experts will announce the awards for best films in each category. Special awards will be given to best actor, actress, writer, visual effects, and cinematography.

The event will benefit youngsters, as experienced filmmakers will throw light into various aspects of film production. “Omani director Ahmed Al Maqbali will give a two-hour workshop on filmmaking process. Those who are interested in post-production can participate in the Adobe Premier editing workshop. We are also planning a Bollywood dancing night,” informed Heaton.

It was Heaton who came up with the idea to organise the festival. “Film has always been my passion as I worked with the industry in Canada. So I came up with the concept. I did research to check the viability before submitting a proposal to the university, who supported me,” she said.

According to Heaton, the festival will create an inclusive space for young filmmakers.

“The festival allows youngsters from Dhofar, Ibra, Sinaw, and Masirah Island, or from any other parts of Oman, to enter their films through the festival website.”

She said the festival has received good response so far. “Films are a reflection of prevailing social attitudes. We have received really beautiful short films. One entry from Nizwa in the animation category has had over 18,000 views on our Facebook page,” she said.
A judging committee will evaluate the movies based on a variety of factors. “We have set up a detailed evaluation process. Marks will be awarded for story telling (30%), creativity and originality (30%), audience engagement (20%), and technical quality (20%) to decide the winners.”

The festival will conclude on May 12.

WHO CAN ENTER
The event is open to all nationalities. Interested can submit their films online through gutech.edu.om/student-film-festival-2016/submission-form
Entries close on May 8.