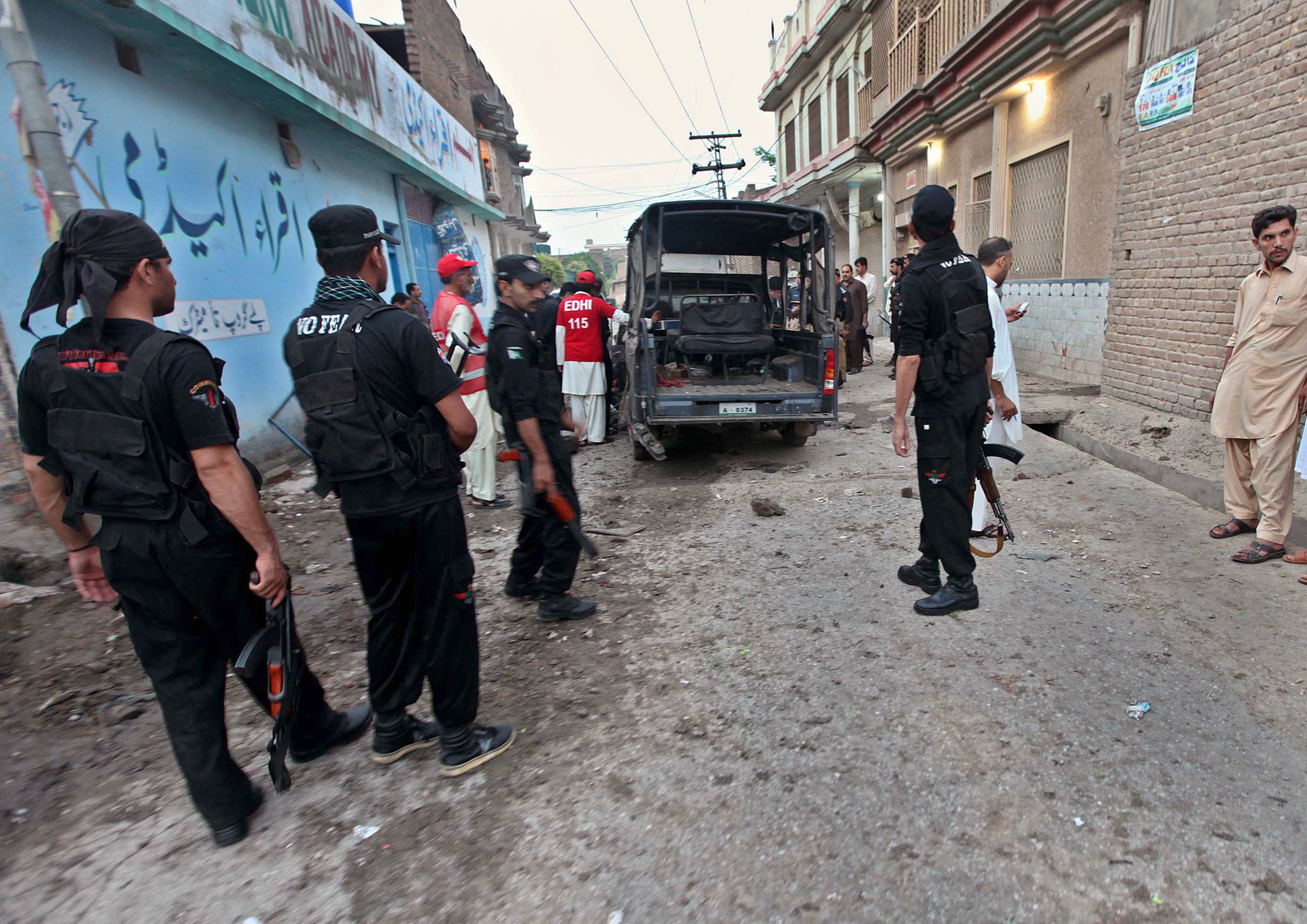 Spread over 74,000 square kilometres, the northwestern province of Khyber-Pakhtunkhwa (K-P) has endured conflict, disorder and deterioration like no other Pakistani province ever since the former Soviet Union invaded and occupied Afghanistan in December 1979. The presence of Afghan mujahideens’ command and control centres in cities such as Peshawar, Kohat and Dera Ismail Khan (having close proximity to Federally Administered Tribal Areas and Provincially Administered Tribal Areas), unquestioned US-led international support for their guerrilla warfare as well as the influx of millions of Afghan refugees brought unusual socioeconomic strain on K-P, which equally affected the province’s ecology.
Pakistan’s partnership with the US-led global coalition against terrorism in Afghanistan following the 9/11 terrorist attacks only added to the debilitating consequences that the province has been reeling from — gun and drug-running, organised crime, religiously motivated insurgency/terrorism, and the nexus between crime and terrorism. These are some of the consequences that two international interventions in Afghanistan have entailed, not only for K-P but also for the rest of Pakistan. They have not only adversely affected the psyche of the locals but also severely degraded governance and service delivery — manifest in most government departments.
A senior government official in K-P, who is on deputation from another province, rightly observed that the province’s bureaucracy probably represents the biggest hurdle in the way of reform and development. Most officers possess an obstructionist and cynical mindset which is stalling movement forward, he says.
This context made governance difficult, not only for the previous Awami National Party government, but remains a challenge for the present Pakistan Tehreek-i-Insaf (PTI) government too. The PTI has introduced multiple legislation through a Reforms Implementation Cell, established a district health coordination board to monitor the performance of health institutions, and instituted the Medical Teaching Institution Reforms Act 2015 and the Tenancy Act. The Right to Service Commission and the Right to Information Act are some other initiatives taken to institutionalise change.
The K-P police, too, seems to have followed suit as far as professional capacity-building is concerned. Six special police schools for investigation, intelligence, tactics, explosive handling, public disorder management and a school of information technology underscore the changes that the K-P police is undergoing.
Nasir Khan Durrani, the police chief, says that the geographic location of the province remains the most formidable challenge to effective policing. He insists that the operational autonomy he enjoys has enabled him to operate without fear and favour.
This has certainly helped the police in cracking down on crime and militancy. Otherwise, postings, transfers and punishing hundreds of policemen and officers wouldn’t have been possible. The K-P police now has data on nearly a quarter of households and computerised records of some 700 hotels. Dispute Resolution Councils (DRC), Police Access Services, Police Assistance Lines, Public Liaison Councils, and Model Reporting Rooms are some of the initiatives taken in the last two years or so. One of the DRCs took only four days to settle a 26-year-old dispute.
The K-P police is now also geared towards preemptive policing instead of only reacting to crimes or acts of violence. Data compiled over the last couple of years suggest a marked decline in cases of extortions and abduction for ransom. Combined operations by the K-P police and the Counter-Terrorism Department have led to a 50 per cent decrease in the incidence of extortion by the end of 2015. This has also, officials claim, helped dismantle local extortionist gangs, while the army and other security forces have dented and degraded them in Fata. Inspector Generral (IG) Durrani says that nearly 99 per cent of extortion-related calls are originating in Afghanistan and the coordinates of these were also shared with the Afghan ambassador in recent weeks.
As a whole, law and order in K-P seems to have improved but this is not the police’s job alone. It requires a collective effort by politicians and the bureaucracy to deal with conflict, crime and militancy. The provision of finance is not an issue but the mindset within the bureaucracy is, says the IG,
Can one party or government alone extricate the province from the legacy of two major geopolitical wars next door? Can the legacy of over three decades be turned over in less than a decade, particularly when non-state actors — both criminals and religiously-driven terrorists — continue to harm the state and peoples’ interests? K-P suffered due to decisions taken by the national leadership for what it thought was a national cause. Extricating this province from the ravages of conflict also requires a national approach and open minds. - Express Tribune