Oman weather: Will we ever learn? 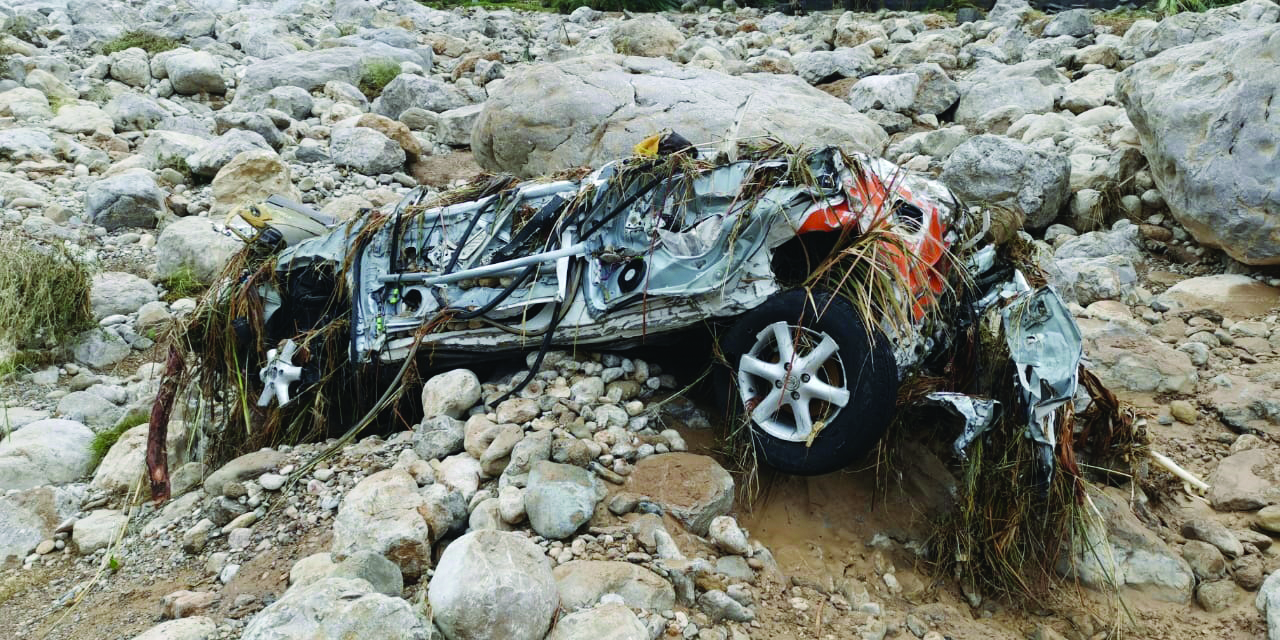 Muscat: Over the past two days, various parts of the Sultanate have been hit by flash floods as a result of thunderstorm rains caused by a low-pressure system.
The Royal Oman Police, Public Authority for Civil Defence and Ambulance (PACDA), the Police Aviation, and locals have performed at least twenty rescue operations in the past 48 hours resulting in the rescue of at least 26 people.
All the rescue operations took place in either Northern or Southern Sharqiyah. Since Friday, May 16, the two governorates have been experiencing varying degrees of rainfall, as a result of the low-pressure system over the Sultanate which is predicted to end on Wednesday, May 22.
On Sunday, the police announced that a citizen has died after being rescued on Saturday evening from Wadi Bani Khalid.
According to authorities, the citizen was in critical condition when rescued on Saturday and was transported to the hospital immediately. Data from the Public Authority for Civil Aviation (PACA) revealed that the peak of the condition was on Saturday and ended on Sunday night. Nearly half of the rescue operations took place in the Wilayat Wadi Bani Khalid.
Geographically, Wadi Bani Khalid is surrounded by wadis and mountains.
The Public Authority for Civil Aviation announced that Wadi Bani Khalid in Southern Sharqiyah recorded the highest amount of rainfall on Saturday, May 18, compared to the rest of the Sultanate with a total amount of 90.6 mm. On Saturday, two teenage boys aged 13 and 15 tragically lost their lives after they drowned in a water pond in Wilayat Jalan Bani Bu Ali, according to the Public Authority for Civil Defence and Ambulance. The Omani boys were already deceased by the time rescue teams arrived.
Medical services prepared
Ibra Hospital has had three cases of injuries treated at the hospital and one death so far, due to the weather condition.
According to a statement by the Ministry of Health, “The Ministry of Health, represented by the Directorate General of Health Services of North Al Sharqiya Governorate, responded to the call of duty in coordination and cooperation with Royal Oman Police Aviation and the Public Authority of Civil Defence and Ambulance in Al Sharqiya, where Ibra Hospital received three injuries and one death by drowning.”
The Ministry also confirmed its readiness to deal with the weather condition, adding, “All health institutions continue working efficiently without any obstacles while providing the health services. However, it is noted that some roads leading to Wadi Bani Khalid Hospital are currently impassable.
“The Ministry is ready for such climate cases. The other governorates near the affected Governorates are fully prepared to supply medications, medical requirement and human resources when needed”, the statement added.
Warnings
The ministry has said that it is closely working with PACA regarding the weather condition, and that “the central warehouses of the Ministry are ready to send additional shipments of medications and other medical materials to all directorates, hospitals and health centres in accordance to the supply plans and other plans that are activated for the Engineering Affairs, IT, Blood Bank, communication alternatives in case of interruption, as well as providing electric generators.”
The Royal Oman Police and the Public Authority for Civil Aviation have issued several warning advising citizens and resident to take precautions during thunderous rains and not to cross any wadis. The authorities have also advised the public to avoid low areas and not to sail the ocean during this period. Furthermore, parents were urged not to let their children play near water pools.
On Saturday, Ministry of Transport and Communications said that it had begun providing motorists with an alternative route so that they can avoid the flooding in the areas of Kamil and Al Wafi.
The road leads to Siq village in the Wilayat. In a statement online, the Ministry said, “Work is underway to construct a temporary detour of a road leading to Siq village in Wilayat Kamil and Wafi, which was damaged by rains as the result of the weather condition.”
The detour is being built “by the specialists from the Roads Department in the Governorate of Southern Sharqiyah.”
Similarly, the Public Authority for Water coordinated with the PACDA to study the reasons for the water leakage from a pipeline that transports water to some areas in Northern and Southern Sharqiyah.