World Bank optimistic on oil averaging at $41 this year 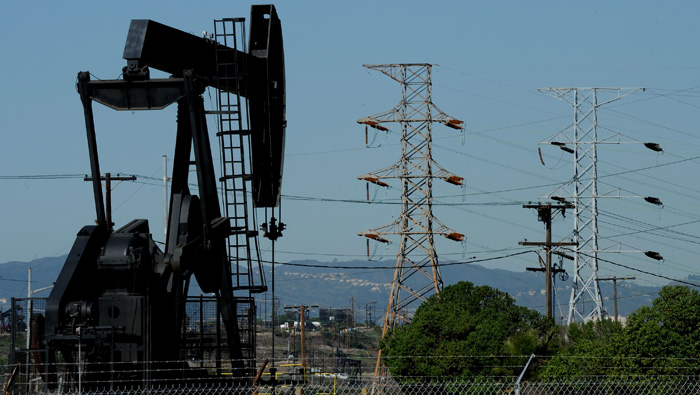 Washington: World Bank boosted its forecast for oil prices this year, projecting that refinery demand will pick up and United States production cuts will steepen in the second half of 2016.
Crude prices will average $41 per barrel this year, which is still down 19 per cent from 2015, the Washington-based development bank said on Tuesday in its quarterly commodity-markets outlook. The bank in January had predicted a price of $37 per barrel, which represents a composite of projections for the Brent, West Texas Intermediate and Dubai Fateh blends.
While oil has recovered after slumping to the lowest since 2003 in February, as optimism grows that the global surplus will ease, negotiations between members of the Organisation of Petroleum Exporting Countries (Opec) and other oil producers ended last week without a deal to limit supplies. West Texas Intermediate for June delivery rose $1.40, or 3.3 per cent, to $44.04 per barrel on the New York Mercantile Exchange.
The World Bank increased its projection for prices next year to $50 per barrel, up from $48 per barrel in January. At the same time, the lender reduced its forecast for non-energy commodities, as agricultural and fertilizer prices are expected to be weaker than projected at the start of the year.
The oil recovery is slower than in past global oil shocks. The World Bank estimates crude prices would average around $58 per barrel this year if prices had been on the recovery path of major oil shocks over the last three decades, according to the report.
OECD supplies
The lender notes crude-oil stocks among Organisation for Economic Cooperation and Development (OECD) countries remain near a record. However, the buildup slowed last month, suggesting that inventories had begun to tighten, according to the bank.
Opec production is expected to remain flat, excluding Iran, whose output will climb by about 500,000 barrels per day, the lender said.
Prices could end up higher than expected if big non-Opec producers reduce supply, Iranian exports grow more slowly than anticipated, and supply disruptions hit key Opec producers such as Iraq, Nigeria and Venezuela, the bank said. Downside risks include weak demand and the continued resilience of US producers.