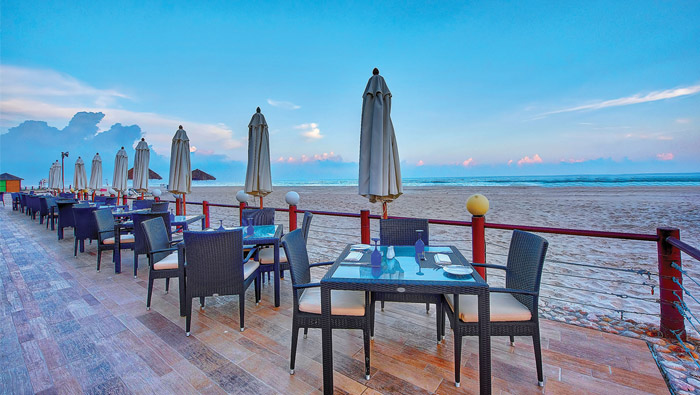 Muscat: The occupancy level of hotels and other tourist facilities in the Sultanate during this winter season stood between 75 per cent to 90 per cent.
The winter season begins in October and continues till the end of April every year. The increase in the occupancy level was due to the huge influx of tourists who have come from various markets of the world to enjoy natural and cultural tourism elements of the Sultanate and avail the facilities provided by the concerned government organisations, companies, hotels, and other tourists establishments.
Saleh bin Ali Al Khalifi, director of promotions in the Ministry of Tourism, said that the tourism season in the Sultanate was one of the most important seasons when there is a huge influx of tourists from countries around the world, particularly from the European market, the United States and Canada, in addition to other such international markets.
He said that the winter tourist season became more popular because of the introduction of new on arrival visa facilities for certain nationalities as well as opening of Muscat International Airport, which has lots of advantages and provides facilities to increase the number of passengers and transit traffic.
The efforts made by the Ministry of Tourism to promote the Sultanate in various tourism markets of the world, as well as the role played by its foreign offices in promoting the tourist elements of which the Sultanate boasts has also helped in the increase in the number of visitors, he added.
Al Khalifi said that the moderate weather of the Sultanate between October and April every year was an important attraction for tourists from all over the world. They come here to enjoy moderate temperatures in various governorates of the country.
Along with the increase in the number of tourists in the winter season, the hotel establishments in the Sultanate are also multiplying and expanding to meet the ever rising demand for accommodation, he said.
Saleh Al Khalifi said that the private sector was working hard to increase investment in the tourism sector and hotel facilities in particular to keep pace with the increase in demand in some of the governorates.
He added that the participation of some hotel establishments and companies in the promotional work at the international tourist exhibitions and tours organised by the Ministry of Tourism in many countries of the world are also helping in the increase of flow of tourists to the Sultanate.
He said that these efforts were an essential part of the promotion campaign continuously run by the ministry in the Sultanate and abroad. Departments of promotions in various hotel establishments were of the view that the ratio of bookings in some of the hotels was between 70 per to 90 per cent. This is due to the popularity of the facilities of international brands and their relations with the companies which organise tours, as they have various types of high-quality hotel service and promotional offers.
These marketing departments have said that the popularity of Oman’s winter tourism season was increasing in the European and American markets.
They pointed out that there were many tourists who repeatedly come to Oman and they enjoy good times crisscrossing various parts of the country.
Hotel facilities were well prepared in advance to receive tourists during the winter season. They have presented a lot of offers, facilities and attractive programmes prepared carefully for the purpose. They have also renovated their service facilities so that they look good publicly.