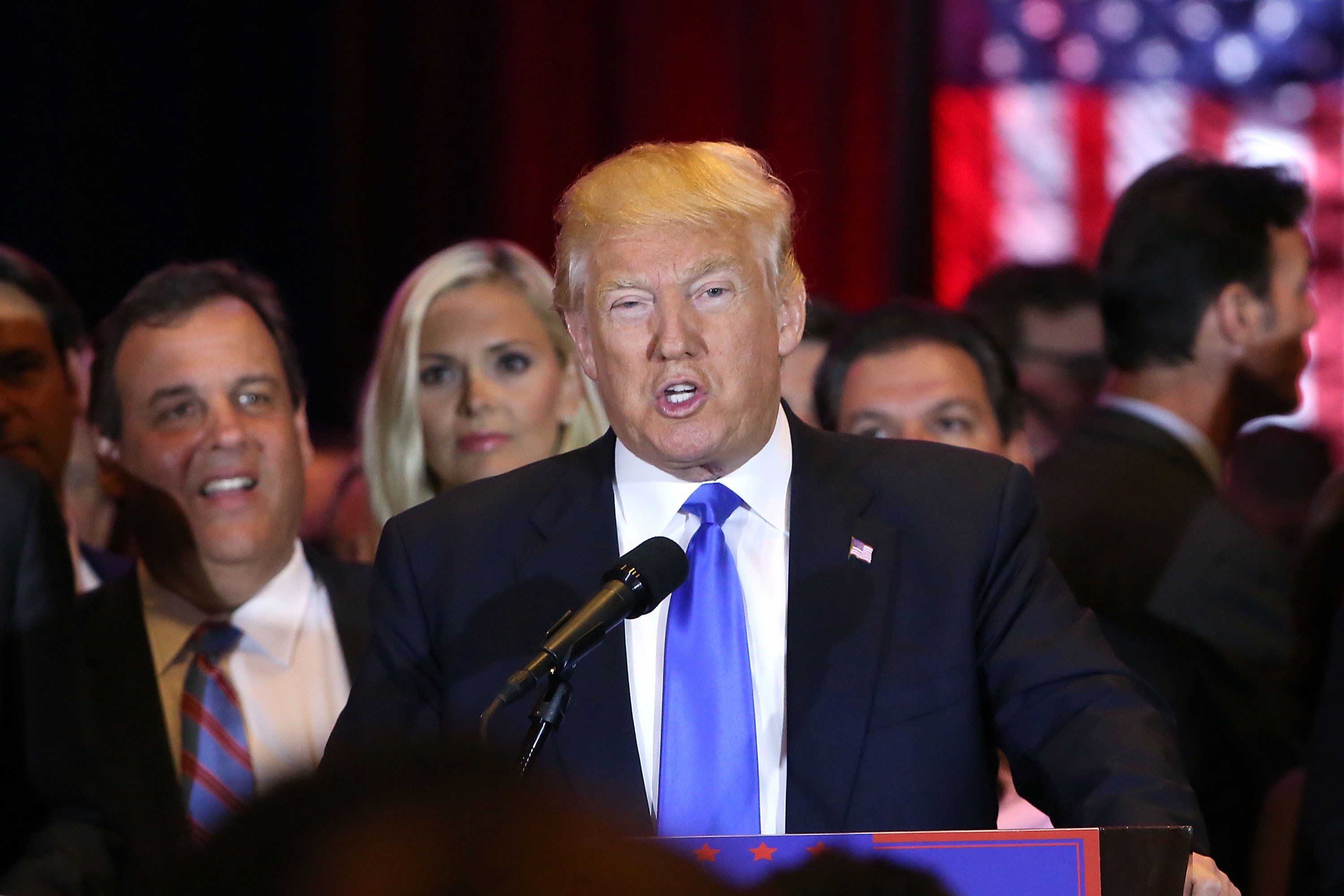 The $150 billion US federal disability programme is a mess. It almost went broke (Congress had to give it an emergency infusion). It discourages employment and can be gamed. But woe to the office-seeker who tries to fix it.
No one understands this better than Donald Trump, who has defied Republican orthodoxy and courted Republican voters by opposing changes to entitlement benefits, which include the federal disability programme that is part of Social Security and provides income to 11 million Americans.
The portion of the working-age population receiving benefits is 4.8 per cent, up from 2.8 per cent in 1994. Applications are growing again, after leveling off last year. Recipients are mostly non-college-educated, white, blue collar and middle-aged. Trump voters, in other words.
The political terrain in the 20 states with the highest disability rates has indeed favoured Trump.
There are no polls of disability recipients themselves, so it's hard to prove any predominant preference for Trump. Yet Trump has won the Republican primary or caucus in 14 of the 17 states that have voted so far. In the three states in the top 20 that have yet to vote, Trump is leading in two, Indiana and West Virginia, which vote on May 3 and 10, respectively. (There are no recent polls for the third, New Mexico.)
Part of the disability-population increase is due to the large number of women who have entered the workforce since the 1970s and earned the right to benefits if they become impaired. Another reason is that baby boomers have entered their more disability-prone years.
But federal disability payments are also a form of welfare for blue-collar workers. When the economy weakens, the disability rolls mushroom. From the late 1980s to 2009, for example, the number of beneficiaries doubled.
Since 1984, when lawmakers broadened the eligibility standards to consider a person's symptoms as opposed to requiring a doctor to attest to a specific diagnosis, qualifying for benefits became simpler. While many applicants are still denied, those with multiple maladies can qualify even if no single condition meets the criteria. About 40 per cent of applicants succeed, often after lengthy appeals.
The recipients are concentrated in the Southeast, spreading northward through Appalachia and into hard-hit pockets of the Northeast and Midwest, where industries have moved production offshore or closed down entirely over the last few decades. Many Appalachian communities that depend on coal mining have turned against Democrats, especially President Barack Obama, for supporting limits on carbon emissions that reduce demand for coal.
These areas and states also happen to be where life expectancy is lowest. When you combine failing health with the falling fortunes of the poorly educated, the result is high rates of drug and alcohol abuse leading to physical and mental impairment, as economists Anne Case and Angus Deaton have shown in their research on higher death rates among middle-aged whites. The Centers for Disease Control and Prevention last week said life expectancy fell for American whites overall in 2014, to 78.8 years from 78.9.
Trump provides an outlet for the anger and frustration of this demographic when he claims he can keep out low-wage immigrants by sealing the border with a wall, or when he calls for redirecting foreign aid to Social Security from "countries that are ripping us off." (Never mind that the $35 billion US foreign-aid budget wouldn't do much for Social Security, whose fiscal 2017 budget, including disability but not Medicare, totals $1 trillion.)
Trump isn't the only one taking a hands-off approach on the entitlement issue. Late last year, as the disability programme headed for collapse, Congress averted a 20 per cent cut in benefits with an emergency reallocation from the main Social Security trust fund.
House Republicans, led by Paul Ryan, at first tried to block the reallocation because it would have weakened the old-age trust fund. They wanted instead to enact benefit cuts, eligibility restrictions, anti-fraud measures and new ways to prod the disabled to return to work.
But Trump's rise and the desire to head off an election-year ruckus ended that strategy. The emergency reallocation was included in last November's two-year budget deal, which lifted spending caps and suspended the debt limit until March 2017. It passed with the support of 79 out of 246 House Republicans. The disability "reforms" became demonstration programmes.
Democrats had accused Republicans of seeking to undermine the programme. But the two sides could have improved the system. For example, lawmakers in both parties decry that recipients risk losing benefits if they earn a dollar more than the $1,130 monthly limit. This so-called earnings cliff discourages the disabled from even trying to return to work, or from being retrained, so very few do. A gradual phase-out of benefits as income rises would be a better strategy.
The Social Security reallocation means that lawmakers have until 2022, when the disability fund will be exhausted again, to figure out how to fix the system. What they need is a larger economic strategy aimed at the areas where dependence on the disability program is highest. Until then, people will cling to the disability life raft. - Bloomberg View