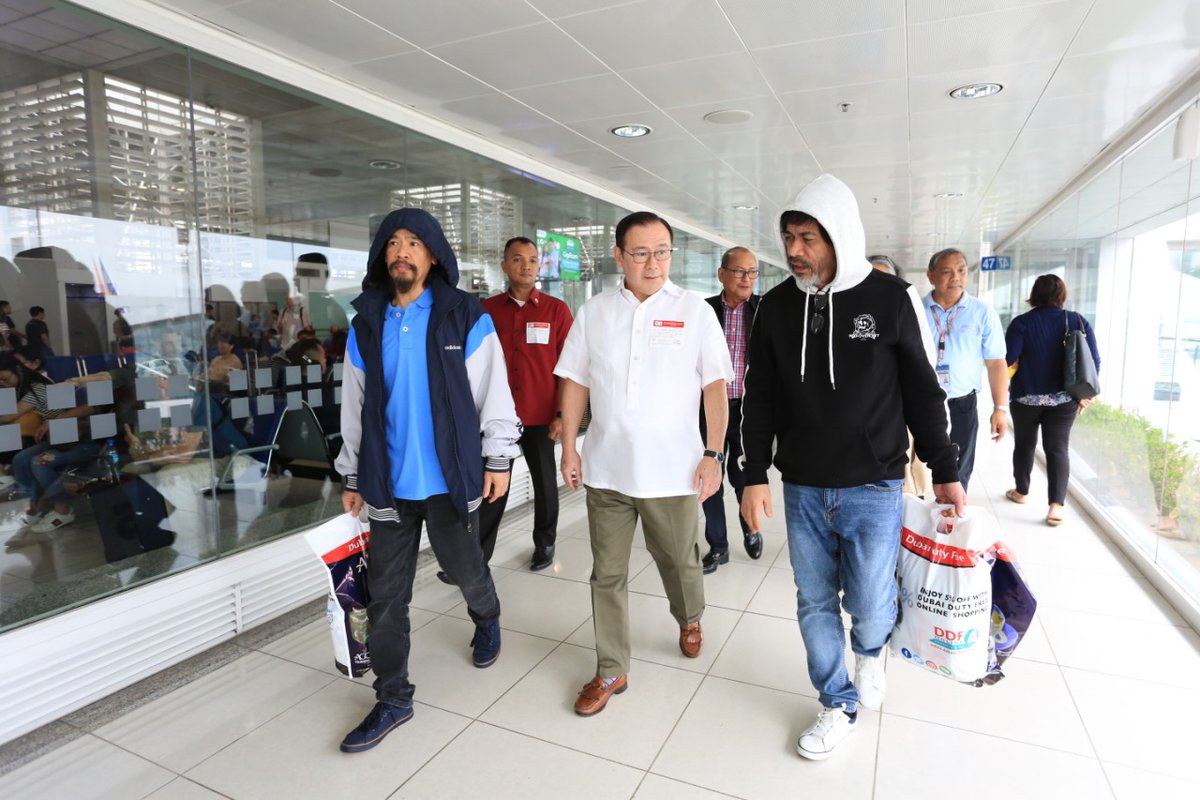 Manila: Three Filipino engineers who were kidnapped and held hostage in Libya for 10 months have been released and repatriated to the Philippines, the Southeast Asian country's Department of Foreign Affairs (DFA) announced.

"The Philippines welcomes the release of the three Filipino engineers who were taken by armed men from the project site of the Great Man-Made River Project in the southern part of Libya 10 months ago," the DFA said in a statement sent to reporters.

"The Philippines deeply appreciates the efforts of the United Arab Emirates, Libya, South Korea, and other friendly countries that led to the release of the three Filipinos and their Korean colleague," it added.

Foreign Affairs Secretary Teodoro Locsin Jr welcomed the three Filipinos at the Ninoy Aquino International Airport Terminal 2. They were accompanied by the country's Ambassador to the UAE Hjayceelyn Quintana.

“We are glad that we are able to bring them home alive and safe to their families. These Filipinos coming home to their families are living proof that the DFA will never leave a Filipino in danger behind,” Locsin Jr said.

The DFA, through the Office of the Undersecretary for Migrant Workers Affairs, paid for their airline tickets to Manila and provided them with cash assistance.

The three Filipinos and their South Korean colleague were taken by armed men from the project site of the Great Man-Made River Project in the southern part of Libya in July 2018.

According to the then Chargé d’affaires to Libya Mardomel Melicor, the perpetrators entered the victims' construction site, located 500 km. from the capital, and took five foreigners and four Libyans from their living quarters.

This was followed by a video that circulated on social media, in which four men asked their governments for help. One of them identified himself as a South Korean and the other three as Filipinos, who were working on a water supply project.