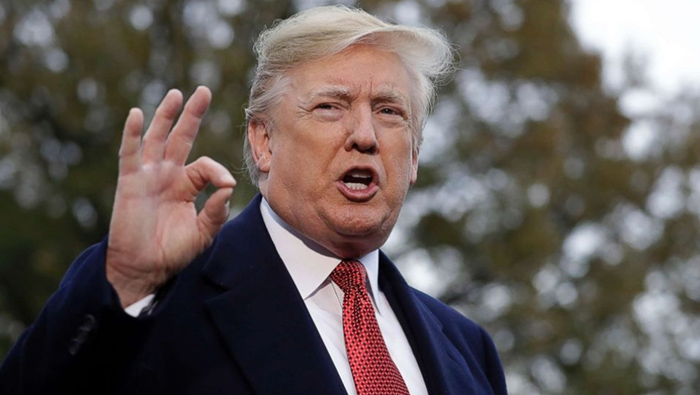 Washington: US President Donald Trump highlighted his pro-life stance on Twitter as anti-abortion bills continue to be endorsed by lawmakers in the country.

Trump wrote on social media, "As most people know, and for those who would like to know, I am strongly Pro-Life, with the three exceptions - Rape, Incest and protecting the Life of the mother - the same position taken by Ronald Reagan."

Praising the appointment of 105 federal judges, two Supreme Court Justices, and the Mexico City Policy over the last two years, Trump accused Democrats who support late term abortion of "imploding on this issue."

He added, "We must stick together and Win for Life in 2020. If we are foolish and do not stay UNITED as one, all of our hard fought gains for Life can, and will, rapidly disappear!"

Across the US, particularly in Midwestern and Southern states, lawmakers have passed a number of pro-life bills banning abortion.

Abortion is set to be a hot button issue in the upcoming elections, with a number of Democratic candidates taking up the issue on the campaign trail.

Senator Elizabeth Warren of Massachusetts said, "Over and over again, I’ve spoken out against right-wing efforts to ban abortion. Now it's time for Congress to act. I have a plan to secure women’s access to reproductive care through federal, statutory rights that parallel Roe’s protections. Let’s #StopTheBans."