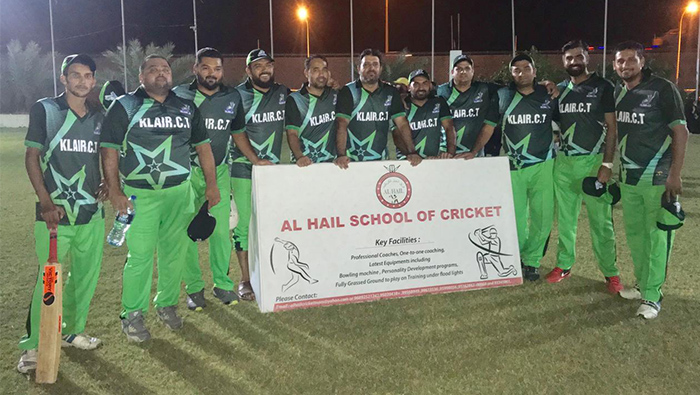 Muscat: The first round of the second edition of Danube Ramadan Cricket Tournament was held on May 8 at HCT grassy ground in Mabelah. A total of 20 teams participated in the tournament in which Ismail Al Balushi, captain on Al Hail, presided over as the chief guest at the opening ceremony of the tournament.
On May 16, the first quarterfinal match will be played between Tristar Legend and Asfandyar Xl at 9: 30 pm, the winner of this match will qualify for the semifinal and will play against Qurum Starts. The second quarterfinal match will be played between Klair Xl and Abdul Aziz Trading and the winner will be playing against Qubic Rent Car Team on May 17.
The final match will be followed by the prize distribution function in the presence of chief quest Abdul Ghani Al Balushi, senior board member of Al Hail cricket Club and Doshambe Al Balushi, Manager of Al Hail School of Cricket U-13. The organisers are expected to present winner and runners-up trophy along with several prizes for individual performances.
Al Hail Cricket Club invites all the cricket lovers across Oman to witness the exciting final played on high-quality floodlit conditions.