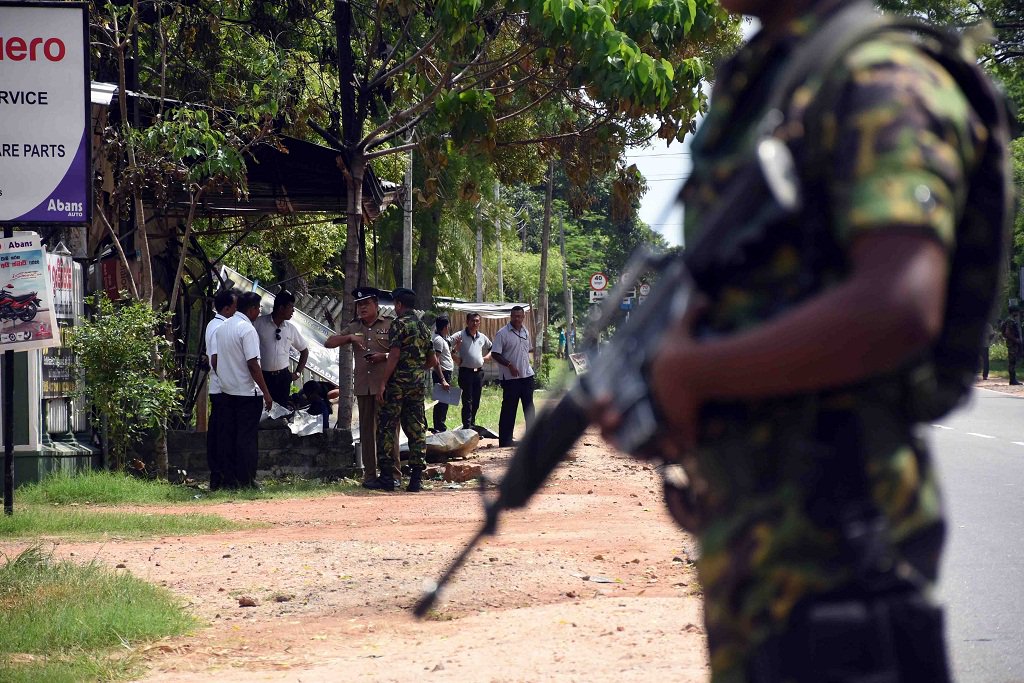 Colombo: Dozens of people were arrested for sectarian rioting in Sri Lanka, police said in a statement.

Security has remained tight across the island since Monday as several Muslim mosques, houses and businesses were burnt and damaged by angry mobs. One person was killed in the clashes.

Sri Lanka's North-Western province was severely affected by the violence.

Fears of ethnic violence have been growing in Sri Lanka following the terror attacks on 21 April, which killed over 250 people and injured 500 others.

Prime Minister Ranil Wickremesinghe, in a statement released Monday evening, urged people to remain calm and adhere to the laws.

He said security forces had been entrusted with maintaining law and order and he requested the public to abide by their instructions to ensure peace is maintained.

According to state media, the cardinal said, “Sri Lanka is such a beautiful country because of its variety. We are Sinhalese, Tamils, Muslims, Christians, Buddhists, and Hindus etc. Therefore, we must build a new Sri Lanka where all these religions and races live together in unity.

"We have existed for centuries in peace and unity and we must not allow selfish motives to disturb that peace. Unfortunately, what happened on April 21 was a sad chapter of our history and we lost so many valuable lives. Now we have managed to control our emotions and rise up as a nation, united and strong. So please do not allow this situation to get out of control.”

The country's Speaker of Parliament, Karu Jayasuriya on Wednesday urged Sri Lankans to not allow the country to slip back into the kind of violence it witnessed during it's decades-long civil war.

"At different times throughout history, this country has faced situations of conflict and unrest, but never before has it resulted in three weeks of complete paralysis. My own eyes have witnessed the devastation wrought by the fires of racism and youth insurrections that have led to a breakdown of relations between communities of people," Jayasuriya said.

"For 30 years, our country was devoured by those flames. We lost our place in the world. The same fires destroyed the futures of innocent children, even the children of those who set the country alight. Vengeance and hatred nurtured and nourished terrorism."

He added, “As the Speaker of Parliament, my appeal to all citizens is that we do not allow the country to be plunged into darkness once more, the way it was in 1983. Reflecting on yesterday’s incidents creates a deep sense of sadness for me. The attacks on mosques, the burning of houses and shops, the attacks on innocent people cannot be condoned in any way. These actions push Sri Lanka further into the abyss. I do not believe that any person who has a semblance of feeling about this country, could resort to such actions.

"Let us not be cursed for our actions by future generations. I urge all Sri Lankans to awaken the collective strength of our peace-loving people against these acts of racial and religious hatred."