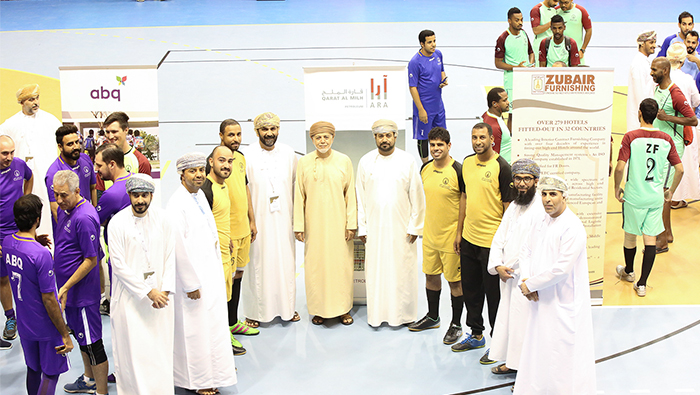 Muscat: In the context of strengthening institutional values, The Zubair Corporation (Z-Corp)’s corporate human resources department launched the fourth edition of ‘Zubair Sporting Event’ initiative during Ramadan. Nearly 435 employees from 11 companies are participating in the fourth edition of the annual sporting event which began on May 12, 2019.
The launch event was held under the auspices of Al Zubair M Al Zubair, Vice Chairman, The Zubair Corporation. As part of ‘Zubair Sporting Event’s Ramadan tournament, football, cricket and volleyball games will be held between teams of Z-Corp’s group companies in various location across Muscat. The football (10 teams) and volleyball matches (10 teams) will be held in Sultan Qaboos Stadium, while the cricket tournament (13 teams) will be organised at the Al Hail Cricket Club.
Waleed Nasser Al Yarubi, group head, Human Resources, The Zubair Corporation said, “We are delighted with the response we have received to the previous year’s tournaments. It has helped us enhance institutional values among employees. Through this event held during Ramadan, we strive to sow the spirit of team building and oneness amongst all the staff of the group through the shared value of collaboration. This initiative organised by the human resources department focuses on many aspects that contribute to enhancing employee relations with each other.”
Z-Corp believes such competitions will contribute to good health, improve abilities, elevate output, advance team culture and inspire staff interaction. By organising these outdoor games competitions between colleagues and friends, Z-Corp has been successful in creating an atmosphere of team spirit among employees within the corporation.